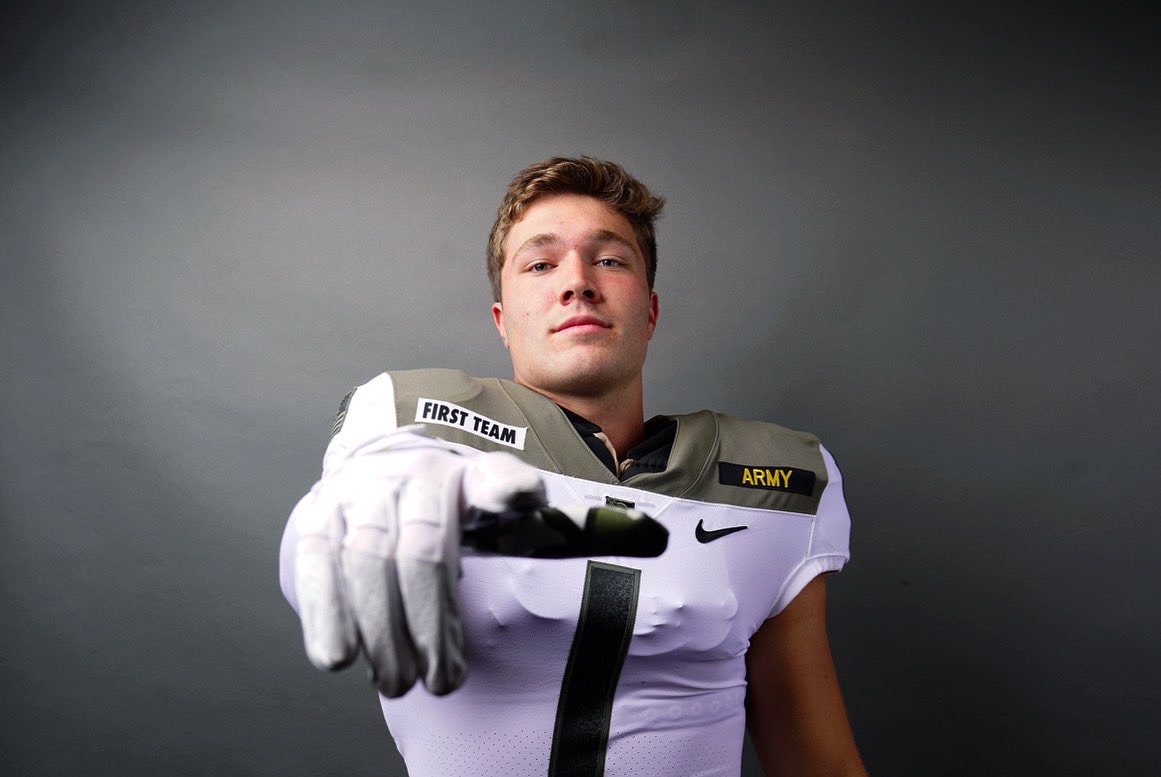 Joey Knight was so determined to receive an offer from Army football that he told other schools recruiting him that he was not going to make a commitment until visiting West Point.

Fordham, Columbia, Dartmouth and Georgetown offered Knight a chance to play Division I-AA football. The Choate Rosemary Hall (Conn.) defensive end wanted to compete at the Division I-A level and betted on himself during a July 29 visit.

“Seeing the campus and facilities is really what did it for me,” Knight said.

The chance to serve in U.S. Army after graduation was also attractive to Knight. His grandfather, great grandfather and great uncle were all military.

“I have always wanted to be in the military since I was young,” Knight said. “So to play great football and attend the best military academy was a dream come true.”

Knight played his junior year for Wellesley (Mass.) this spring due to COVID-19. He had a pick six among his statistics in four games. Knight opted for a postgraduate year at Choate Rosemary this fall. Among the Connecticut prep school alumni is Army junior linebacker Daryan McDonald. The extra year increased Knight’s recruitment and eventually would lead to Army’s interest.

“Reclassifying definitely helped me,” Knight said. “I don’t think I could’ve (received the offer) if I didn’t. Our coach has a good relationship with Army and it was helpful.”