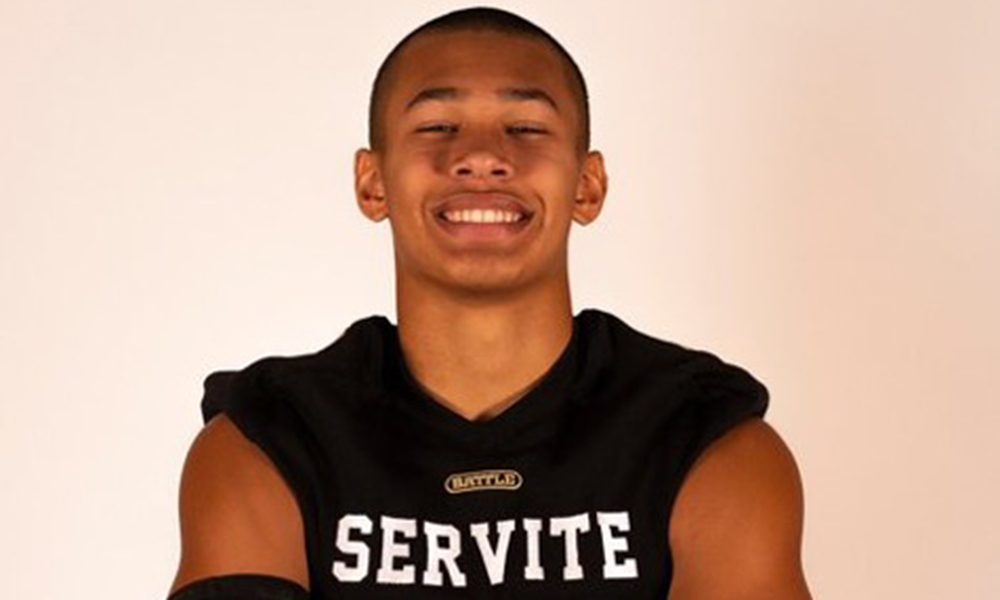 The more that Zion Sims heard about West Point and Army football, the more it reminded the safety and linebacker of Servite (Calif.) High School and his team.

It all added up to Army as the right college for Sims, who has a 4.53 grade-point average. Sims committed to Saturnio and Army Sunday night.

“Really what sparked my interest was the brotherhood at West Point and how these guys compete,” Sims said. “It reminded me of my High School Servite where we stress brotherhood and hard work. I really saw this as a opportunity to fit in at a school whose values I am used to.”

Sims will fulfill a lifelong goal when he signs his certificate of commitment on early Signing Day Wednesday.

“It will for sure be an experience that I will never forget as pen touches the paper,” Sims said. “It’s been something I have thought about since the Pop Warner days of my career.

“I am looking forward to the brotherhood and bonds built with teammates and peers as well as competing on a high level football program. I also look forward to the military service of the school, which will be brand new to me. With a school as academically prestigious as West Point, I was very interested to being able to set myself up for the future.”

Sims, who is 6-foot and 180 pounds, made 78 tackles and forced three fumbles this season. He’s looking to visit West Point for the first time in the near future and continue to build his connection with Saturnio.

“Coach Saturnio is as a welcoming guy,” Sims said. “I felt like he was someone I could trust throughout the recruiting process and I am blessed to get to know him.”

Many Army 2022 commits will be signing Wednesday during the early period. Here’s an updated list of the 2022 class: