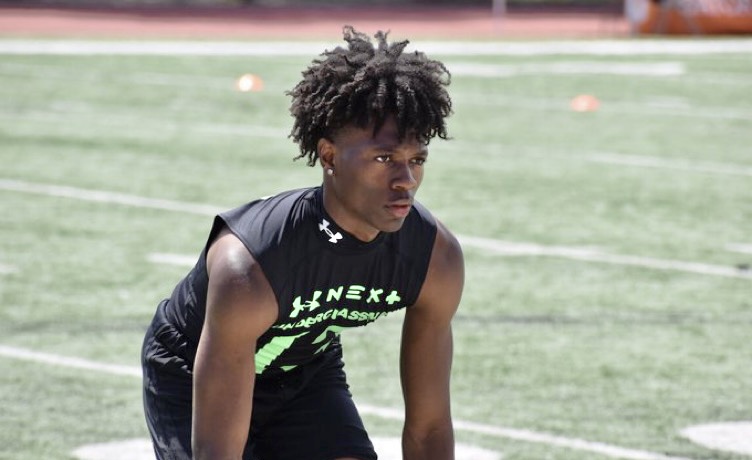 Coaches loved the Mountain House (Calif.) senior’s skills but he was told that his size (5-foot-10, 165 pounds) was holding him back.

Gardner made his call Tuesday, committing to the Black Knights and completing the nine-month recruitment.

“I’m excited and proud of myself for achieving this goal,” Gardner said. “It proved no matter my size I can go play at the next level. I’m not going to lie. I was nervous committing here because I thought I had to be a soldier. But, coach Cronin cleared that up and told me everything Army had to offer and I knew it was a place I’d call home.”

Gardner, a three-sport athlete, played running back, quarterback, cornerback and safety for Mountain House. He received offers from Air Force and Hawaii. Colorado State was also in the mix. Gardner’s position at Army has yet to be determined.

“I’m an athlete so I can play on either side of the ball,” said Gardner, who is finished up his basketball season. “Wherever Army needs me, I’ll play.

Gardner said his strongest qualities on the field are “leadership and work ethic.”

“I will make sure everyone gets better as well as improving my own game,” Gardner said. “We are going to eat.”

Gardner, whose nicknamed is “Deuce” from wearing the jersey No. 2 in his Pop Warner days, is playing for more than himself. He changed his number to 6 in high school to honor his friend Jaylon McKenzie. McKenzie was shot and died in Illinois in 2019. Gardner and McKenzie played Pop Warner football against each other. McKenzie had received offers from Illinois and Missouri in the eighth grade.

“I know he’s watching down on me and he’s coming along for this journey,” Gardner said.

Gardner, who also plans to play baseball at Army, said he feels like “a weight was lifted off my shoulder” with his commitment.

“I know I have a place to call home and I know that Army will take care of me,” Gardner said.