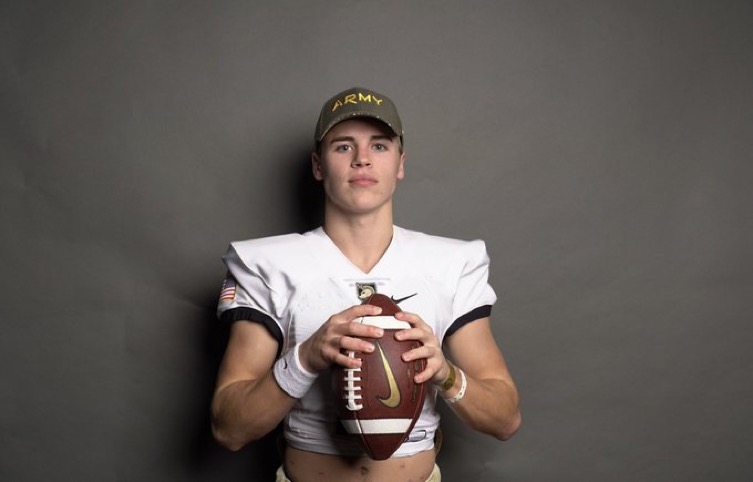 Eli Wisdom achieved some of high honors during his Arkansas prep football career.

Wisdom received the Gatorade state player of the year award earlier this month after leading Shiloh Christian to the 5A championship game. Wisdom’s numbers were off the charts, passing for 3,178 yards and 35 touchdowns and rushing for 1.452 yards and 20 more scores.

“I’m looking forward to leading us to a lot of wins and some of the best seasons Army’s ever had,” Wisdom said.

Wisdom committed to coach Jeff Monken and quarterbacks coach Cody Worley Monday. The decision ended Wisdom’s recruiting, which he described as “a roller coaster” with Army, Central Florida, Tulane, Arkansas State and Central Arkansas all showing interest. Wisdom’s commitment was sealed by his visit to West Point this past weekend.

“When I visited, I fell in love with the campus, coaches and all of the guys,” Wisdom said. “They watched my film and coach Worley followed me on Twitter. I knew it (his recruiting) was over during the official visit.”

The plan is for Wisdom to attend Army Prep this fall and learn the Black Knights’ new shotgun-based offense. Wisdom amassed 8,267 passing yards and 94 touchdowns and 3,983 rushing yards and 62 TDs out of shotgun.

“It’s (Army’s scheme) similar to my offense in high school,” Wisdom said. “I love running and I love throwing and believe we will be dangerous.”

When asked to describe himself, Wisdom said he’s loyal, hard-working and a person of faith. Wisdom said he was impressed with Army’s recruiting of him and the opportunities after graduation West Point. He wants to leave a mark in his four years at the academy.

“I’m planning to make an immediate impact after I go to (Army) prep,” Wisdom said.