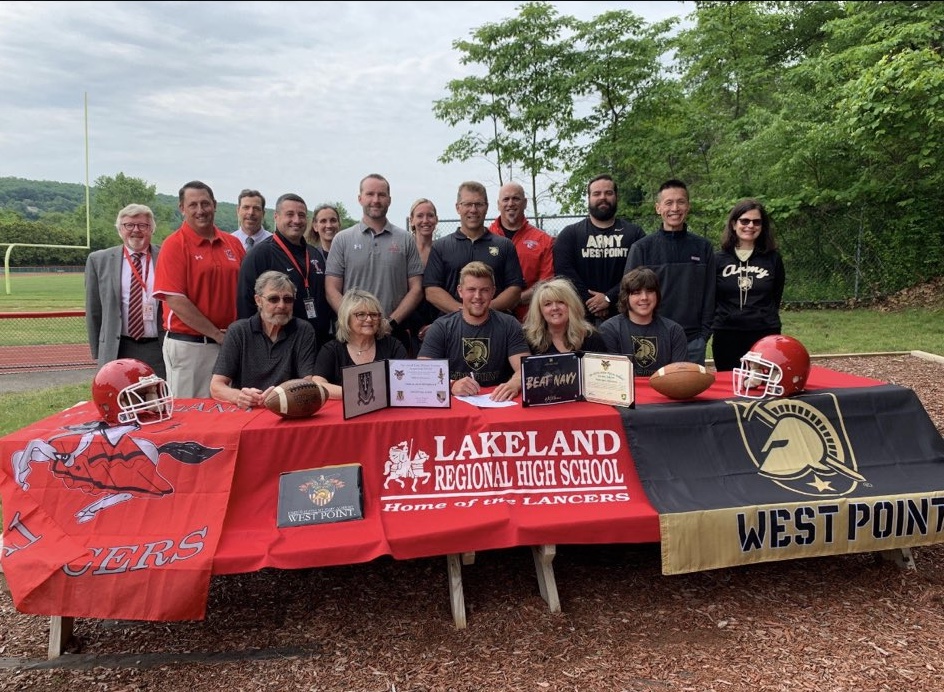 T.J. McCormack’s Army recruiting story is a rather unique one.

McCormack sent out more than 1.000 emails to college football coaches from Division I to Division III during his junior year at Lakeland (N.J.) High School.

Army was one of the schools that responded with a direct message at the beginning of the coronavirus pandemic, expressing interest in the defensive end. At the time, McCormack wasn’t sure if he would have a senior football season. After talking for a month with Army, McCormack was informed that the Black Knights’ defensive line recruiting slots were filled.

McCormack continued to search for his next football home. He committed to Marist, a non-scholarship Division I-AA school in the Pioneer League about an hour from West Point.

Two days after his commitment, McCormack received a direct message from then-Army assistant coach Greg Gasparato. McCormack didn’t respond. Moments later, McCormack’s father called him. He had Gasparato on the line. Army’s defensive line coach Tank Wright had departed to Illinois. The Black Knights were checking to see if any recruits were still available for a new position coach.

McCormack spent the next few weeks finding out as much about Army and West Point as possible. After speaking with West Point graduates, current West Point cadets and even someone who attended Navy, McCormack made the decision to decommit from Marist and commit to Army.

“I am very excited for the great future in academics, a military career and football,” said McCormack, who is 6-foot-2 and 225 pounds.

Officially, McCormack signed his certificate of commitment on May 17. He announced his decision on June 2. McCormack, who grew up 50 minutes from West Point, will attend Army Prep in the fall.

“This has been the dream I never knew I wanted and I’m ready to work hard and beat Navy,” McCormack said.