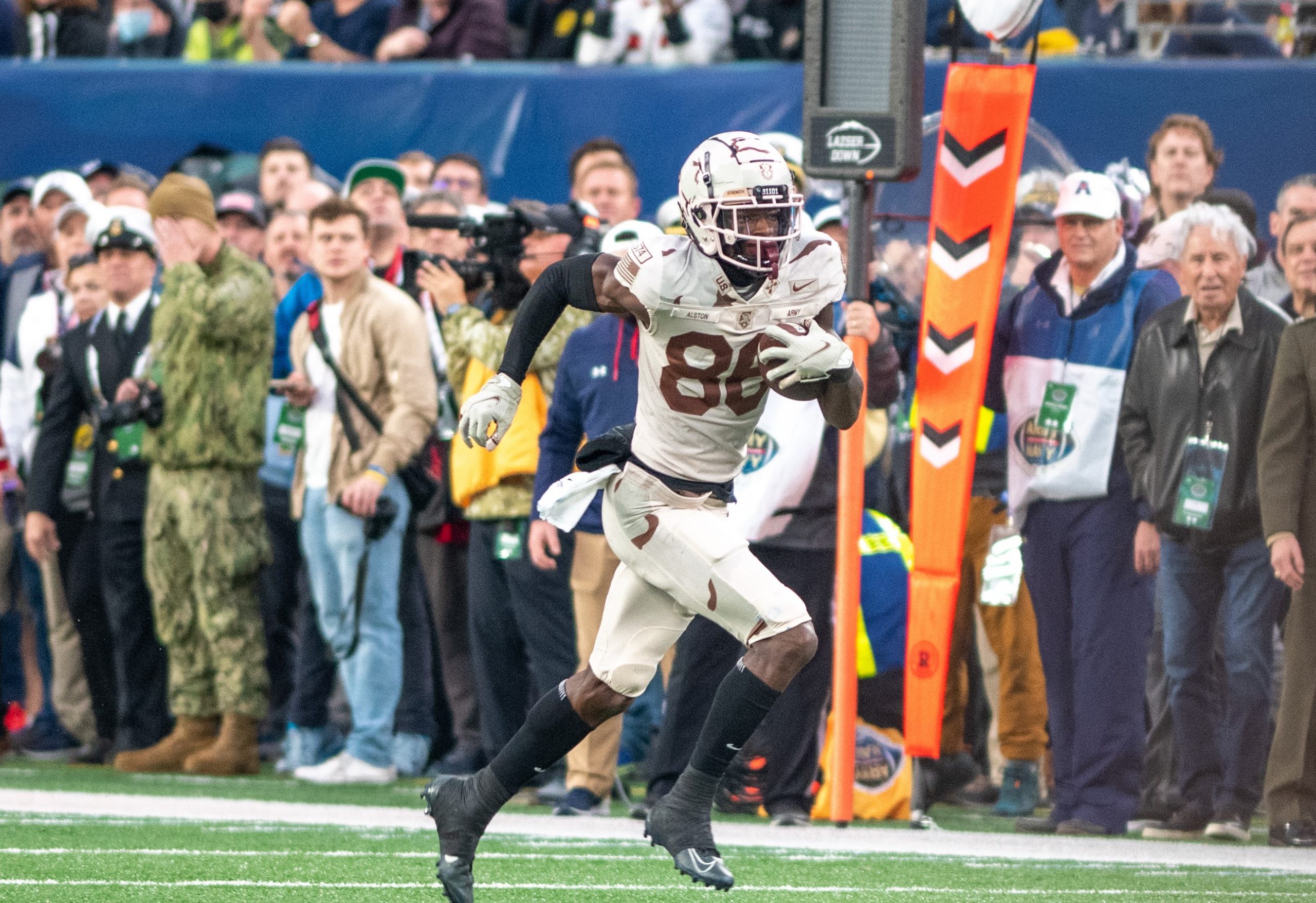 Alston caught six passes for 109 yards including an incredible touchdown on fourth down.

Army’s leading receiver announced that he’s entering the transfer portal Thursday. Can’t blame Alston, a sophomore, for wanting to go to a program that emphasizes throwing the football. Imagine Alston playing in a more pass-friendly offense. He has the potential to be an all-conference receiver in a Power Five conference.

Have no idea where Alston will land. But you’d think the Carteret, N.J. resident would have to be in Rutgers’ radar.

As far as replacing Army replacing Alston’s production, it’s not going to be easy. Alston, who is 6-foot-4 and listed at 200 pounds, was the most complete receiver that the Black Knights have had in the 15 years. He caught just about everything thrown his way. Alston’s a good route runner and can win most jump balls.