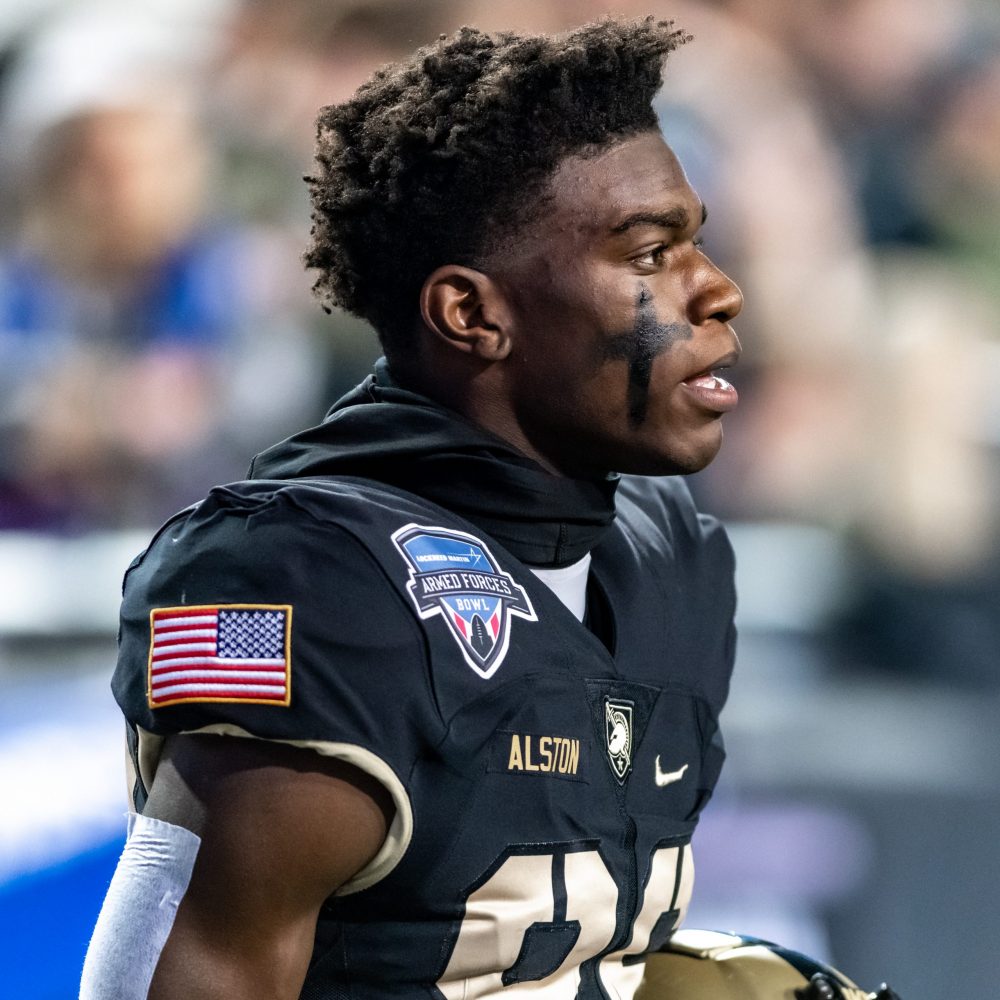 Isaiah Alston, Army’s leading receiver and one of its top playmakers this season, announced Thursday that he’s entering the transfer portal.

Alston had a breakout season in 2021, setting career and team highs with 22 catches, 449 yards and three touchdowns.

“First off, I would like to thank the coaching staff at West Point for believing in me and giving me an opportunity to play at such level,” Alston wrote on Twitter. “I am extremely grateful for relationships I have built with the Army football brotherhood. I would also like to thank my family for being loving and supportive of all of my decisions through this tough journey. With that being said, after endless thought, I have decided to enter the transfer portal with 3 years of eligibility.”

Alston was a matchup problem for opposing defenses at 6-foot-4 and 210 pounds. He caught six passes for 107 yards and two touchdowns including an incredible fourth-down reception against No. 15 Wake Forest. Alston caught a pass in nine straight games to end the season and had two receptions in Army’s game-winning drive against Missouri in the Armed Forces Bowl.