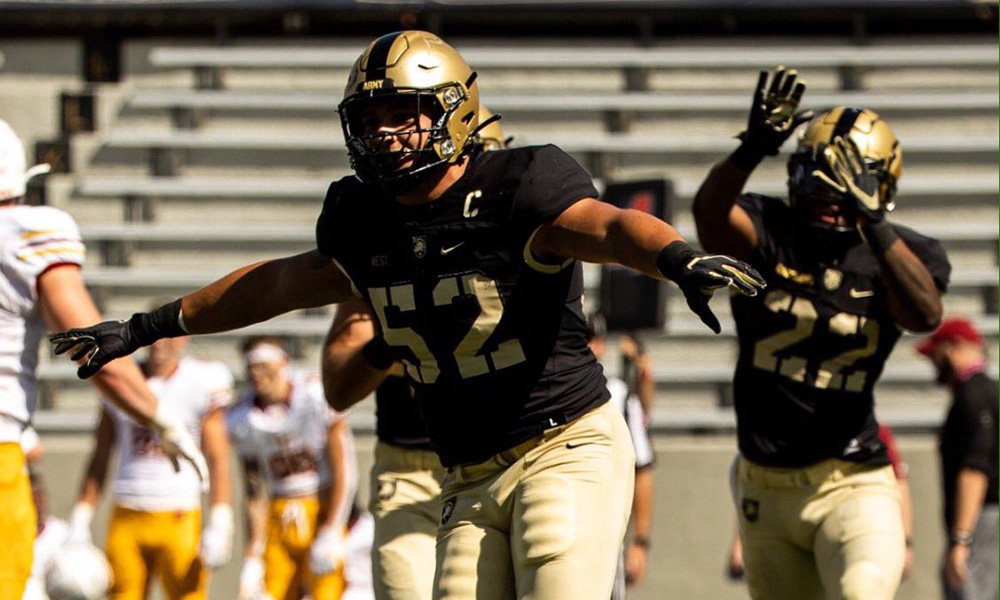 Amadeo West will take the field for Saturday’s Army-Navy with an unique distinction.

West will play the game as a second lieutenant in the United States Army. The senior captain graduated from West Point Thursday.

Fifth-year seniors have graduated after the Army-Navy game and before a bowl game in past years. Mike Gann and Bryce Holland are among the Army players to compete in bowl game as a commissioned officer. West and Johnson are one of the first to our knowledge to earn their diplomas before the Army-Navy game.

For West, it’s been a challenging physical journey to the finish line at West Point. He’s overcome three severe injuries – a torn ACL, a ruptured Achilles and ruptured biceps tendon.

This time last year, West was in a sweatshirt firing up his teammates before its service-academy clash with Navy. West plans on taking a moment with his defensive lineman group before the first snap and enjoy the moment.

“There’s only so many moments like this in your lifetime that you just have to enjoy it,” West said. “But, the moment the whistle blows it’s down to business. It doesn’t really matter the environment or historical significance. It’s football and we intend to accomplish one goal and that’s to win.”

West added, “The last time I got the opportunity to play in this game I was a junior, I told myself, ‘there’s next year.’ Obviously, I got hurt. I kind of took it for granted and I didn’t take the opportunity to step back and take in the moment that this is a big event and at the end of the day, it’s football.”