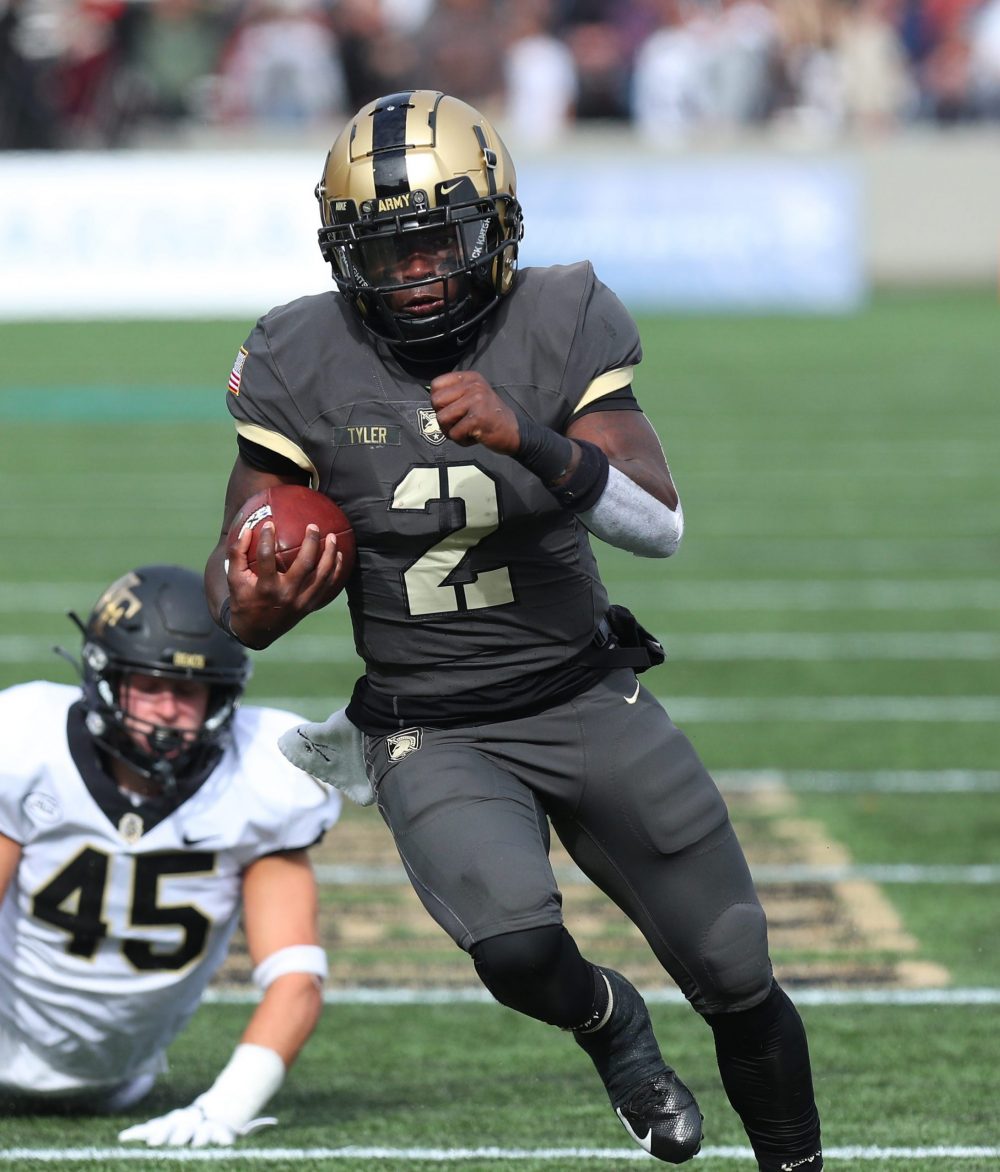 Tyhier Tyler’s pregame tweet sums up everything you need to know about the Army-Navy game.

“EVERYTHING must be left out on the field today,” Army’s quarterback posted at 8:49 a.m. Saturday.

Tyler will be playing his first game in an NFL stadium when Army meets Navy for the 122nd time at MetLife Stadium in East Rutherford, N.J., home of his former teammate and Jets safety Elijah Riley.

One year ago, Army-Navy was played in front of a limited crowd at Michie Stadium. Today, a sellout crowd of 82,000 is anticipated.

“It’s more of an excitement,” Tyler said earlier this week. “As a quarterback, you try to stay level. Your offensive linemen tend to bang heads before the game. People prepare definitely. But, I try to stay level-headed. I’m very excited for the opportunity. This is the biggest game (crowd wise) that I’m played in except for Wisconsin (earlier this season).

Army fullback Anthony Adkins is dressed for the game and could return to action for the first time since UMass on Nov. 20. Adkins is Army’s third-leading rusher among running backs.