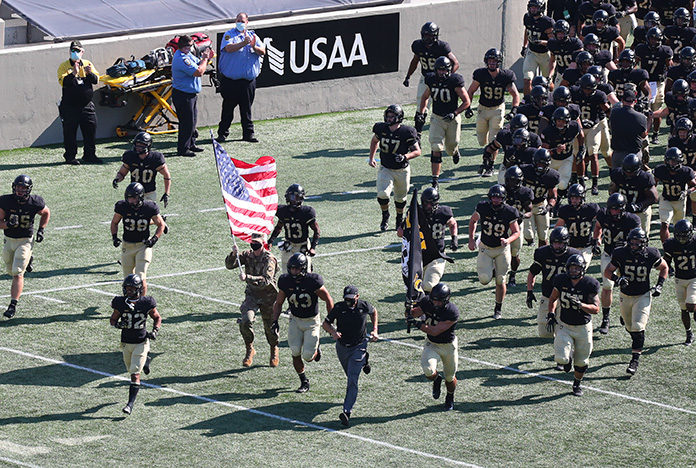 Game day No. 2 from Michie Stadium as the Black Knights get set to face the Warhawks of Louisiana-Monroe.

Couple of stats heading into today’s contest. Fullbacks Sandon McCoy, Jakobi Buchanan and Anthony Adkins accounted for half (31) of Army’s carries in their season opening win over Middle Tennessee State.

What to watch for:

Army offense – The Black Knight offense will look to keep up momentum from last week as Louisiana-Monroe allowed 38 points per game last year, third most in the FBS.

Army defense – After last week’s shutout performance in which they forced 4 turnovers, the defense will be tasked with stopping another potentially potent offense. Louisiana-Monroe tight end Josh Pederson was tied for most touchdowns (9) among tight ends in 2019 while running back Josh Johnson rushed for nearly 1,300 yards. Pederson is also the son of Philadelphia Eagles head coach Doug Pederson, also a three-year starting quarterback at ULM.

Who will be the breakout star this week? – Last week saw breakout performances from freshman Tyrell Robinson and senior Jon Rhattigan. Who will be next this week?

Prediction – If Army can find success early again this week they’ll likely run away with this one too. Army 49 – ULM 14