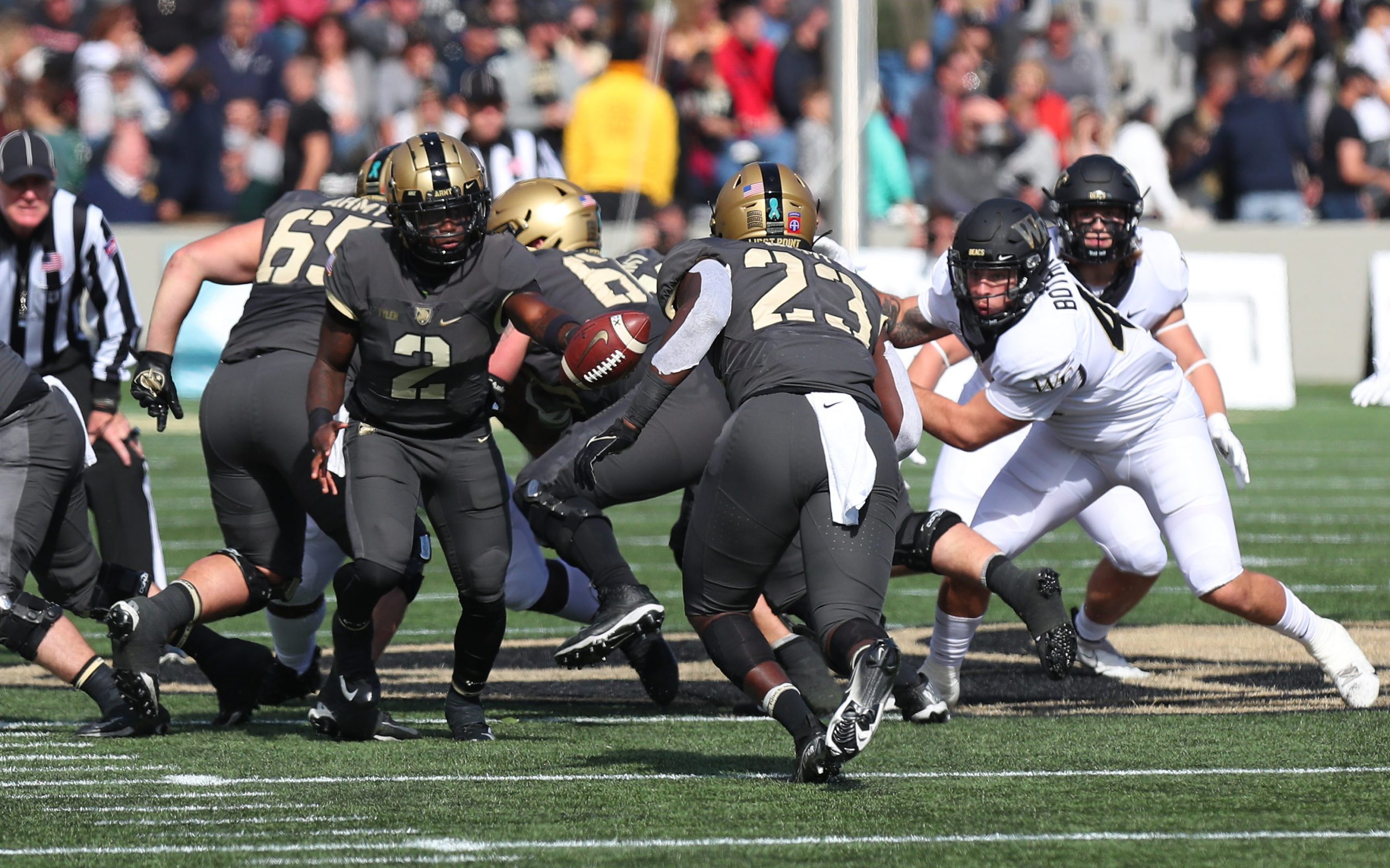 Quarterback Tyhier Tyler returns to his home state of Virginia to play for the first time Saturday when Army plays Liberty.

Tyler starred at Woodside High School in Newport News, about 200 miles from Williams Stadium in Lynchburg.

Army’s travel squad spent Thanksgiving with the team Thursday. Players didn’t travel home to spend the holiday with their families due to it being a game week.

“When you are in college and are away from home, your teammates and your coaches, that’s your second family,” Tyler said. “It’s good that we get to spend (Thanksgiving) together. But, any opportunity you have to play college football and live out your dream since you were little is a great opportunity. We’re excited any time we get to play.”

Tyler is looking to extended his rushing touchdown streak to seven games.

Army radio sideline reporter Tony Morino reported that junior fullback Anthony Adkins will not play today. It appears that junior cornerback Cam Jones is also out. Senior cornerback Julian McDuffie will miss the rest of the season after breaking his leg against UMass last week.

Morino reported that cornerback Isaiah Morris was working with the first team during pregame.

This is Army’s first game Army in Virginia since it played the University of Virginia in 1970.