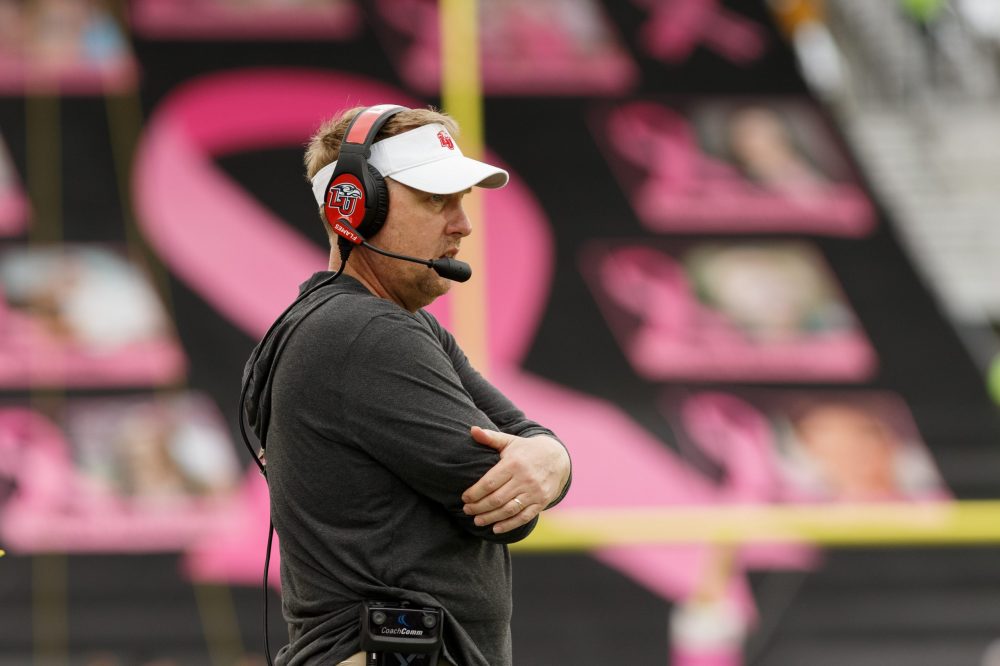 No question, Army has the respect of Liberty heading into Saturday’s road contest.

Both Liberty head coach Hugh Freeze and defensive coordinator Scott Symons said Army will be the most physical game that the Flames play to date this season. That’s saying a lot considering Liberty has played Ole Miss and a ranked Louisiana-Lafayette in its last two games.

“I don’t know if I’ve ever seen a team that plays harder than they do,” Freeze said earlier in the week. “That’s a great testament to the character of their team and their coaches.”

Army (7-3) is a 3.5-point road underdog to Liberty. The Black Knights are looking to extend their winning streak to four games and stay on track for a 10-win season.

Liberty (7-4) has dropped its last two games and will be looking for rebound on Senior Day.

Sal Interdonato (Black Knight Nation): Army 28, Liberty 24. Control the clock, finish drives with touchdowns and play turnover-free football. That’s the method for winning Saturday. If this game turns into a high-scoring affair like Wake Forest, it’s going to be more difficult for Army to leave with a victory.