Pregame: Broughton, Lowin out vs. Troy 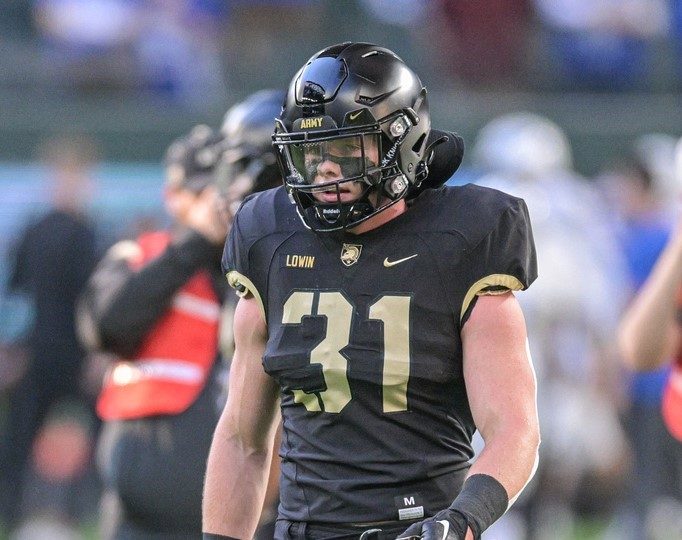 Army will be missing its top two tacklers as the Black Knights look to earn their first road win of the season at Troy today.

Broughton, who had started 33 straight games and made 61 tackles this season, was injured in the fourth quarter against Air Force last week. Defensive coordinator Nate Woody said earlier in the week that Broughton would have to meet “protocol” to play.

Lowin leads Army with 75 tackles and has started all eight games. Broughton and Lowin are tied for the team lead with two interceptions each. Army has five interceptions as a team.

Senior Tyhier Tyler will get his seventh start of the season, coach Jeff Monken said during an interview on Army radio pregame. Tyler took the initial snap under center against Air Force with senior Jemel Jones taking the majority of the plays.