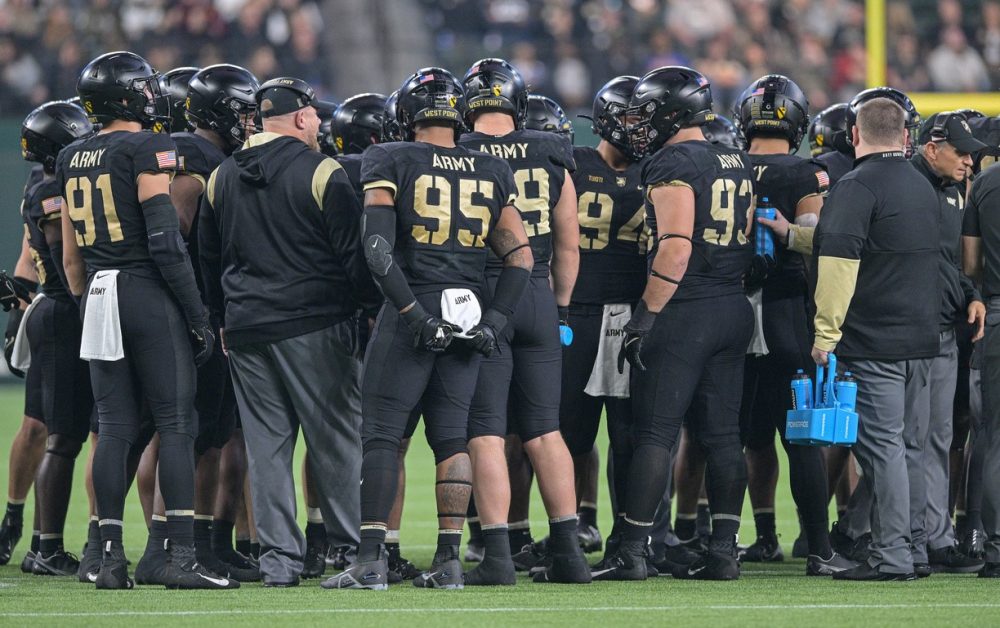 Army plays its first game in the state of Alabama since 2003 as a 9-point road underdog at Troy.

Troy (7-2) has won six games in a row and has allowed 13.5 points per game during the streak under first-year coach Jon Sumrall. The Trojans’ two losses were in their season opener to a then-ranked Ole Miss 28-10 and 32-28 to Appalachian State on a Hail Mary Sept. 17.

Army (3-5) seeks its first win away from Michie Stadium this season and looks to keep its bowl hopes alive in its first meeting with Troy. The Black Knights are 64th in scoring offense (29.5 points per game). Troy is tied for 104th (22.6).

Sal Interdonato (Black Knight Nation): Troy 24, Army 20. Army will need one of its most complete games of the season to rebound after last week’s loss to Air Force. Not sure who will start at quarterback for the Black Knights or defensive captain Marquel Broughton’s status for the game. Army’s offense needs to start fast against Troy and defensive coordinator Shiel Wood, an Army assistant from 2020-21. A big play or two from Army’s defense would help.

Brendan in Jersey: Troy 20, Army 13. It’s hard to have much faith in this year’s Army team, because the fact is that thus far they’ve just not been very good, and the three teams they’ve beaten were all at Michie Stadium and not very good teams themselves. This week’s contest is on the road against arguably the favorite in the Sun Belt Conference. I’ll give Army some benefit and say they’ll beat the spread, but I don’t expect a genuine victory this week.

Steve Kriepe (Crawdads Countdown to Kickoff): Army 24, Troy 21. This game is going to be a battle of defenses. Troy’s defense is the reason for the Trojans’ success as they’ve carried a mediocre offense. Army’s defense has taken big steps the last two games and they’ll be up to the task of limiting Troy.