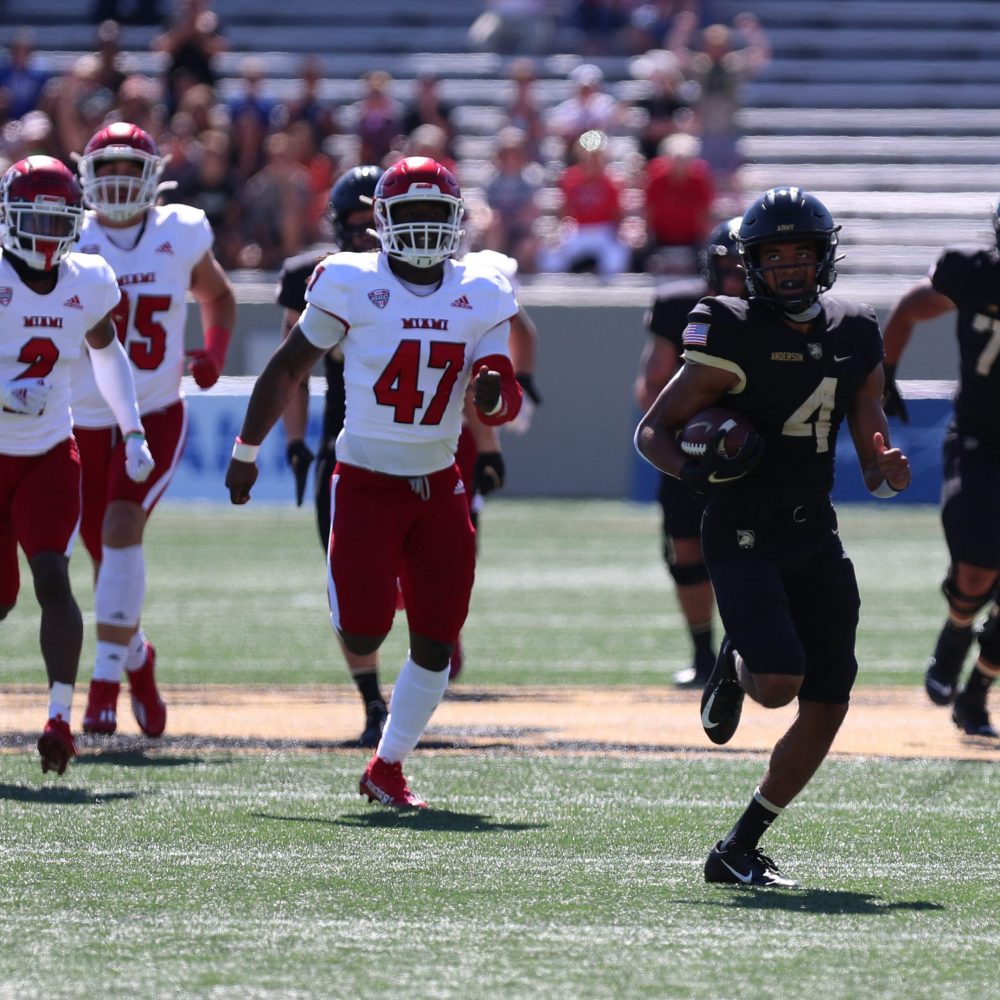 The competition for the Commander in Chief’s trophy is college football’s unique round-robin tournament between the service academies.

And, quarterback Christian Anderson and his Army teammates are attacking today’s game against Air Force just like that.

“We want to treat this game like it’s the start of our new season,” Anderson said. “It’s been like camp the last couple of weeks and just getting our minds ready and forgetting the last few weeks and the past few games and refocusing on our opponent.”

“We know the margin of error is very low and we want to execute and not give our opponents the chance to have more opportunities with the ball,” Anderson said.

Senior linebacker Kemonte Yow is expected to make his first career start alongside Arik Smith on the inside. Yow has played one defensive snap this season.

When Army’s offense takes the field, it will be looking at a different unit than it’s 10-7 win over Air Force last season and it’s not due to graduation. Air Force star defensive end Jordan Johnson, essentially a fifth-year senior, is one of many players who was turned back during the 2020 COVID season.