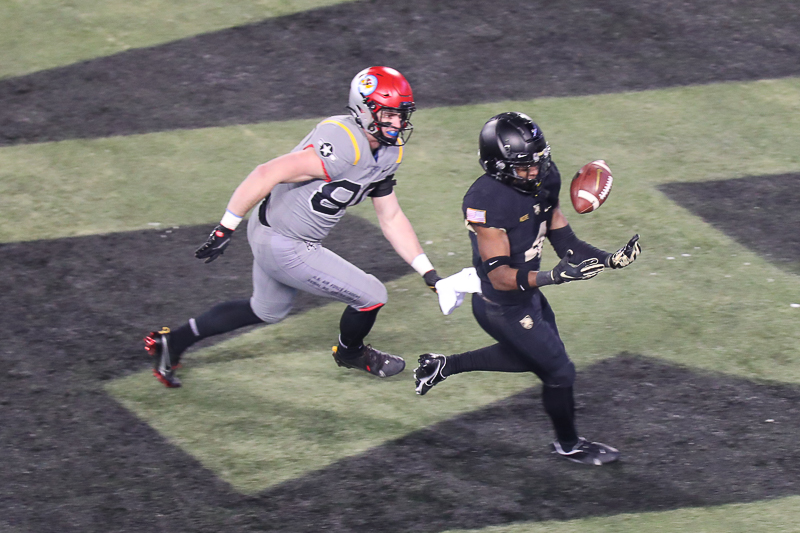 The Commander in Chief’s trophy was moved from the Kimsey Center to Army’s locker room during preparation for Saturday’s showdown against Air Force.

Maybe, the move was a reminder to Army players what’s at stake at Globe Life Field in Arlington, Texas.

The Black Knights can bring the CIC trophy back to West Point and retain the prized service academy hardware for the fourth time in the last five years with a victory over Air Force. If the game doesn’t go in Army’s favor, Air Force will gain possession of the trophy for the next year.

Army is currently 3-point underdog. The spread sounds about right considering the most recent history between the academies. The last three games have been decided by 10 points with Army winning in 2018 and 2020.

Both Jeff Monken and Troy Calhoun haven’t tipped their hand on a starting passed on revealing their starting quarterback. Air Force’s Haaziq Daniels left the Falcons’ last game against San Diego State with an injury. Christian Anderson and Tyhier Tyler were both banged up in Army’s loss to Wake Forest. Senior Jabari Laws finished the game and threw three touchdown passes.

Sal Interdonato (Black Knight Nation): Army 17, Air Force 14. A legit pick’em game. The teams have combined for 78 points over the last three games. Could be another defensive battle. Big plays could be few and far between. The team with the momentum-changing pass play may prevail and earn the Commander in Chief’s trophy