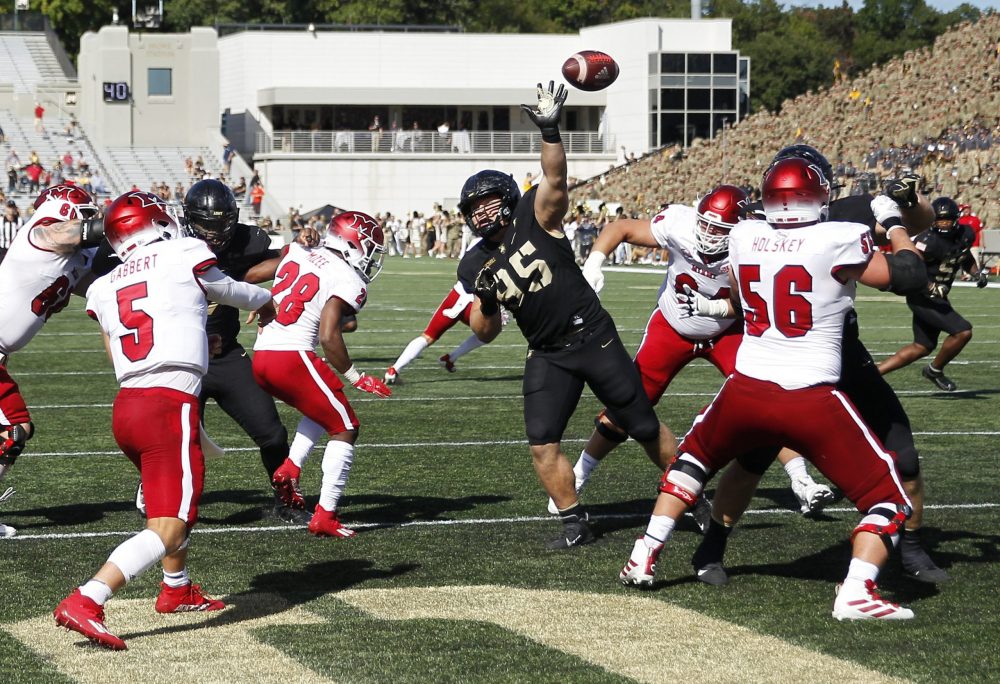 Army is a 3-point home underdog against No. 16 Wake Forest Saturday.

The Black Knights’ 13-game home winning streak is on the line.

The last ranked team to visit Michie Stadium was No. 5 Stanford in 2013

It’s Army’s No. 7 ranked defense against Wake Forest’s high-scoring offense, which is averaging 38.7 points per game (12th in the nation). Wake Forest has scored 35 or more points in each of its games this season.

Army needs to get its fullbacks going in this game. The Black Knights’ B-backs have totaled 95 yards on 36 carries (2.6 yards) in losses to Ball State and Wisconsin.

Wake Forest is 6-0 for the first time since 1944. Army’s secondary will be tested by Sam Hartman, who has thrown three touchdowns in three of the Demon Deacons’ wins.

Sal Interdonato (Black Knight Nation): Army 24, Wake Forest 21. Think the Black Knights will find a way to pull this game out. Players and coaches probably won’t say this is a “must-win” but Army doesn’t want to head into the bye week on a three-game losing streak with Air Force next. Army’s defense needs to rise to the occasion and may need to score a touchdown or put the offense in a good situation to reach the end zone in order to pull out the “upset.”

Predictions from around the college football world
Pete Fiutak (College Football News): Wake Forest 27, Army 17
Nicholas Ian Allen (Athlon Sports): Wake Forest 31, Army 23
James Kratch (NJ.com): Army +3. Kratch says on NJ.com: “The Black Knights have knocked on the door of a major Power Five upset for a few years now, the most recent near-miss last week’s loss at Wisconsin. This could be the moment. The Demon Deacons are coming off an open week, which should help them defend the flexbone, but this is a trap game with their three in-state rivals and Clemson looming in the stretch run.”
Les Johns (Demon Deacons Digest): Wake Forest 31, Army 17
Matt Newton (SI.com): Wake Forest 38, Army 28