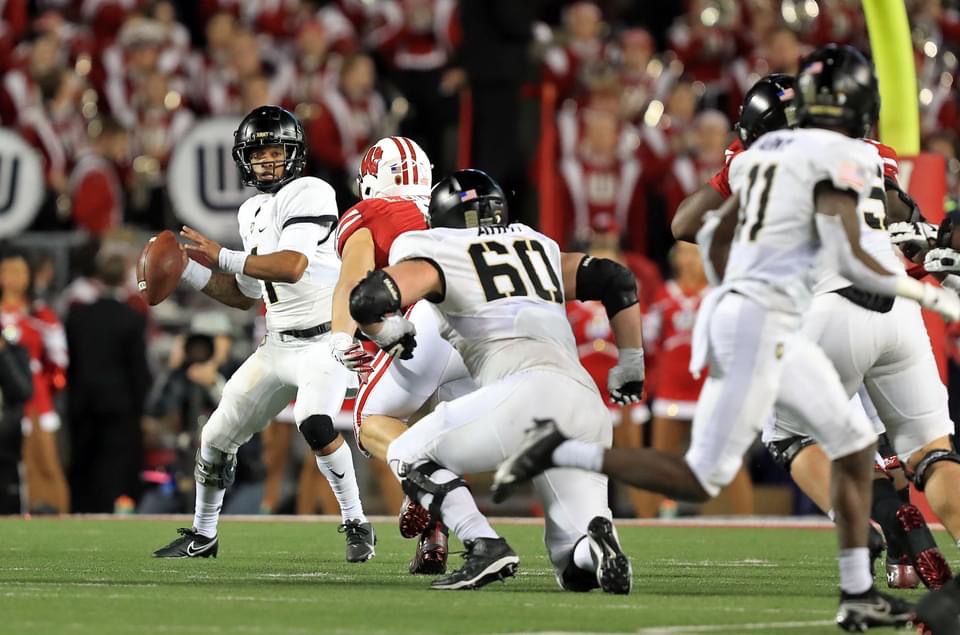 Army quarterback Jabari Laws posted the tweet earlier this week. Laws’ comeback story continues to be one of the feel-good moments of the 2021 season.

Laws had dreamt for 18 months about moments like last Saturday at Wisconsin. He was back where he belonged, under center playing high-pressured snaps for the Black Knights after not one but two ACL injuries to his right knee.

The senior split snaps with starter Tyhier Tyler, completing 5-of-6 passes for 87 yards in the 20-14 loss.

“We tried to pride ourselves at practice and treat every snap like a game rep,” Laws said. “I truly believe I was ready for the moment. Just being out there with the guys and being able to compete at the highest level especially it being Wisconsin, it was a memorable moment for me that I’ll never forget. I really appreciate the coaching staff for allowing me to have this opportunity and the guys for uplifting me and keeping me encouraged throughout the game and reassuring.”

Easy to see why Laws is one of Army’s most beloved players. Laws’ first five snaps since Nov. 2019 came at the end of the Black Knights’ season-opening win at Georgia State. He took the last two snaps in a blowout victory over UConn two weeks ago. But at Wisconsin, Laws was called upon in the first quarter of quarterback rotation at Camp Randall and he didn’t flinch.

“As days go by, I get more confident,” Laws said. “It’s the coaching staff as well, breeding confidence. That’s what has been helping me these past couple months, getting back into a rhythm.”

Laws said he’s “trying to become the 2.0 of myself from what I was a couple of years ago.” He nearly led Army to a win at Air Force his sophomore season before an injury sidelined him at the end of the game. Laws credits Army’s culture and brotherhood along with the team’s training staff for his return.

“These guys kept me up whenever I was down and encouraged me and they were pushing me to be better each and every day,” Laws said. “I got to thank the quarterback room especially. They are literally my backbone. I lean on those guys for a lot of things and they were there through thick and thin and I appreciate them.”

The Wisconsin chapter of Laws’ comeback didn’t finish with a happy ending. Linebacker Leo Chanel caused Laws to rush an attempted pass that was ruled a fumble on Army’s potential game-winning drive.

That’s not the end of the quarterback’s story. Laws may have another chance Saturday against No. 16 Wake Forest on the big stage before a sold-out crowd at Michie Stadium.

“I wouldn’t trade this feeling for anything,” Laws said. “I remember being in the training room a couple of years ago and feeling sorry for myself. Now, that I’m back with the guys and being with the team, now more than ever I really appreciate it and I’m happier now more than ever.”