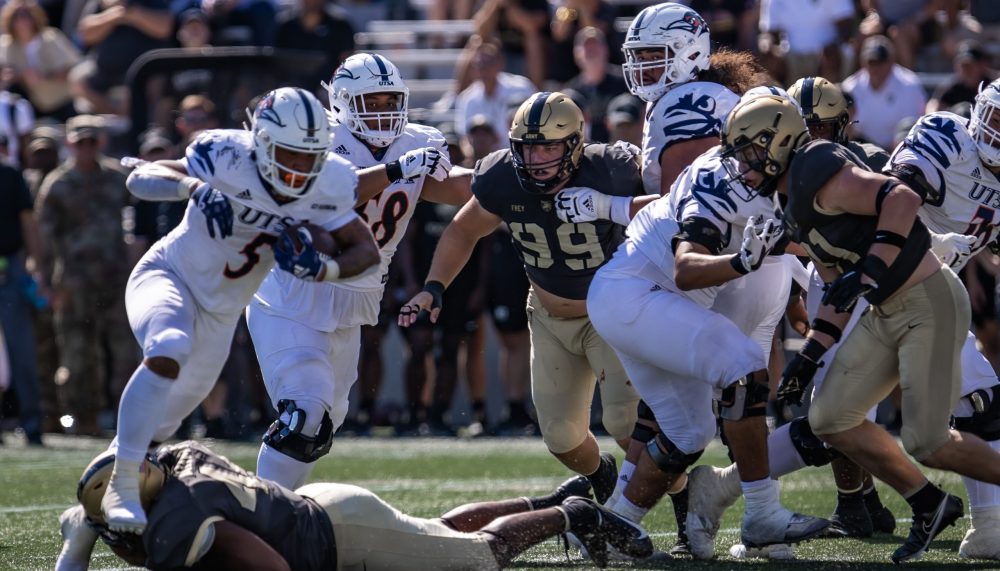 Isaiah Alston sensed a higher energy and focus during Army practice this week.

Leo Lowin said that he and his teammates are hungry for its first victory of the season.

“We need to win,” said Lowin about Army’s 0-2 start heading into Saturday’s game against Villanova. “We’re desperate to win and we’ll do whatever it takes to do that.”

Sal Interdonato (Black Knight Nation): Army 28, Villanova 24. “The game is going to be closer than some may think. Army need to get more out of its running game if it wants to earn its first win.”
Brendan in Jersey: Army 28, Villanova 14. “Score: 28-14. “Bowling Green, Buffalo, Nevada and Utah State all lost to upper-ranked FCS teams last week; Coastal Carolina struggled mightily with Gardner-Webb; and let’s not forget Delaware beating Navy the week before; so, I certainly HOPE Army is fully prepared for this matchup. Nobody’s putting an official line on it, but Sagarin and Massey have it around 10-12 points in favor of Army. I’ll go ahead and call it 14, in a score mirroring the hard fought win over top ten-ranked FCS Colgate in 2018, and finally putting the Cadets in a positive scoring margin for 2022.
Steve Kriepe (Crawdad’s Countdown to Kickoff): Army 35, Villanova 28. “Army gets the running game going and finally comes out on top of time possession battle.”