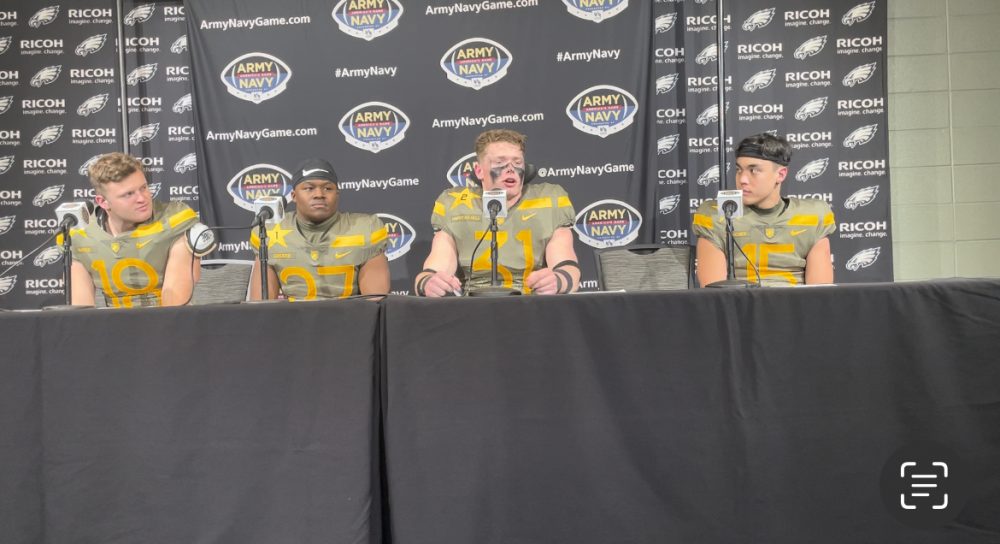 About of half dozen more players could have been picked to represent Army at the press conference.

Freshman Noah Short’s punt block was recovered by freshman Jabril Williams for a touchdown late in the first half.

Sophomore linebacker Kalvyn Crummie produced another turning point of the game, forcing a fumble at the goal line in the second overtime that nose tackle Darius Richardson came out of pile with.

The first overtime game in Army-Navy’s 123-year history was a redemption story for Maretzki as his 39-yard field goal sent Lincoln Financial Field into a frenzy for Army players, cadets, families and fans. Maretzki, who missed a game-winner at Troy last month, also connected on a 37-yard field goal to force overtime.

Lowin, who made a career-high 16 tackles, was named the game’s most valuable player.

Johnson scored Army’s only offensive touchdown with a 25-yard run on the first play of overtime.

Ballard, making his debut with Army’s first team, improved to 3-0 as a starter in his final game.