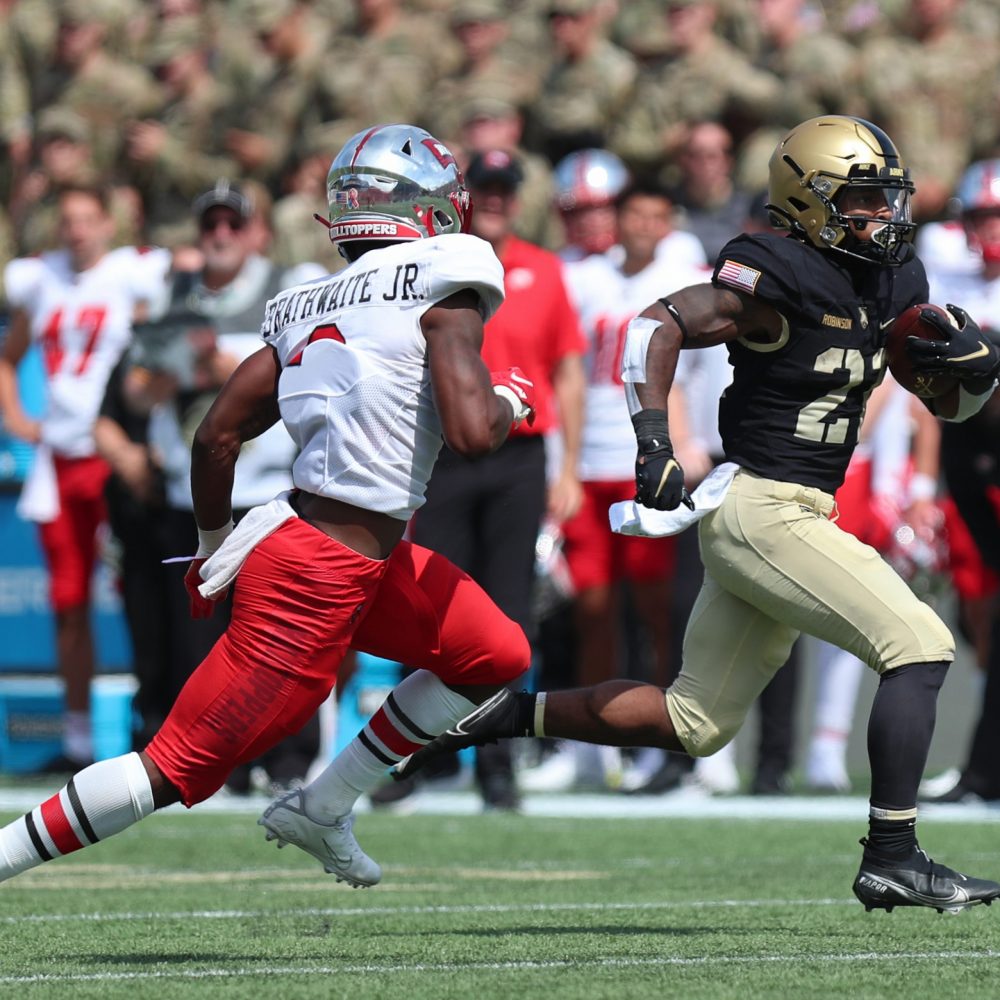 Anderson, who rushed for a career-high 119 yards, came out for one play when he lost his helmet in the first quarter. He threw a touchdown for the second straight game. The last Army quarterback to have touchdowns passes in three straight games is Kelvin Hopkins in 2018 (Buffalo, San Jose State, Eastern Michigan)

Senior guard Noah Knapp switched over to center for the final 31 plays after starter Connor Bishop was injured early in the third quarter. Senior guard Zack Ward played 49 snaps and had 12 knockdown blocks, according to offensive coordinator Brent Davis.

Army operated out of the shotgun on six plays.

Slotbacks carried the ball 14 times, the most since Army’s 2020 opener against Middle Tennessee.