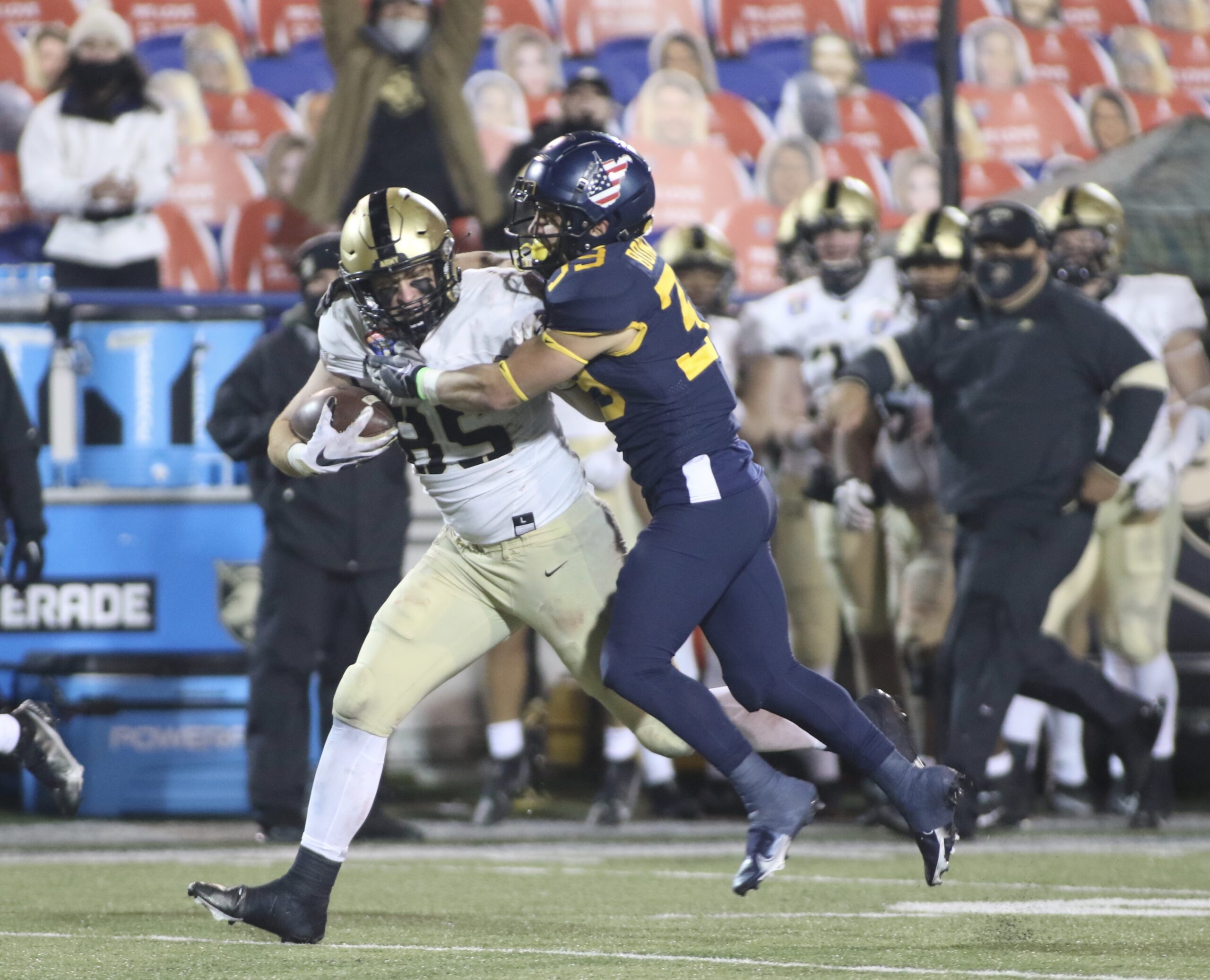 Seniors Mike Johnson, Peyton Reeder and JB Hunter did not come off the field on offense in their final game. Center Noah Knapp, who was starting for Connor Bishop, also took all 65 snaps.

Freshman Ay’Jaun Marshall played the most snaps (37) of any slotback.

Thought fullback Anthony Adkins would have played more with the absence of Jakobi Buchanan. Adkins saw action on 14 snaps.

Artice Hobbs, who played most of his career as a slotback, was in on 20 snaps as wide receiver in his last game.

Army running backs did not have a carry of 10 or more yards. Quarterback Christian Anderson had Army’s longest run – 13 yards – late in the fourth quarter.

Fullbacks Anthony Adkins, Cade Barnard and Sandon McCoy for 21 carries and just 53 yards. Twice fullbacks were dropped for a loss which rarely happens.

Army’s offense did not commit a penalty.

Snap Count (As chartered off DVR)