More than game for Howard 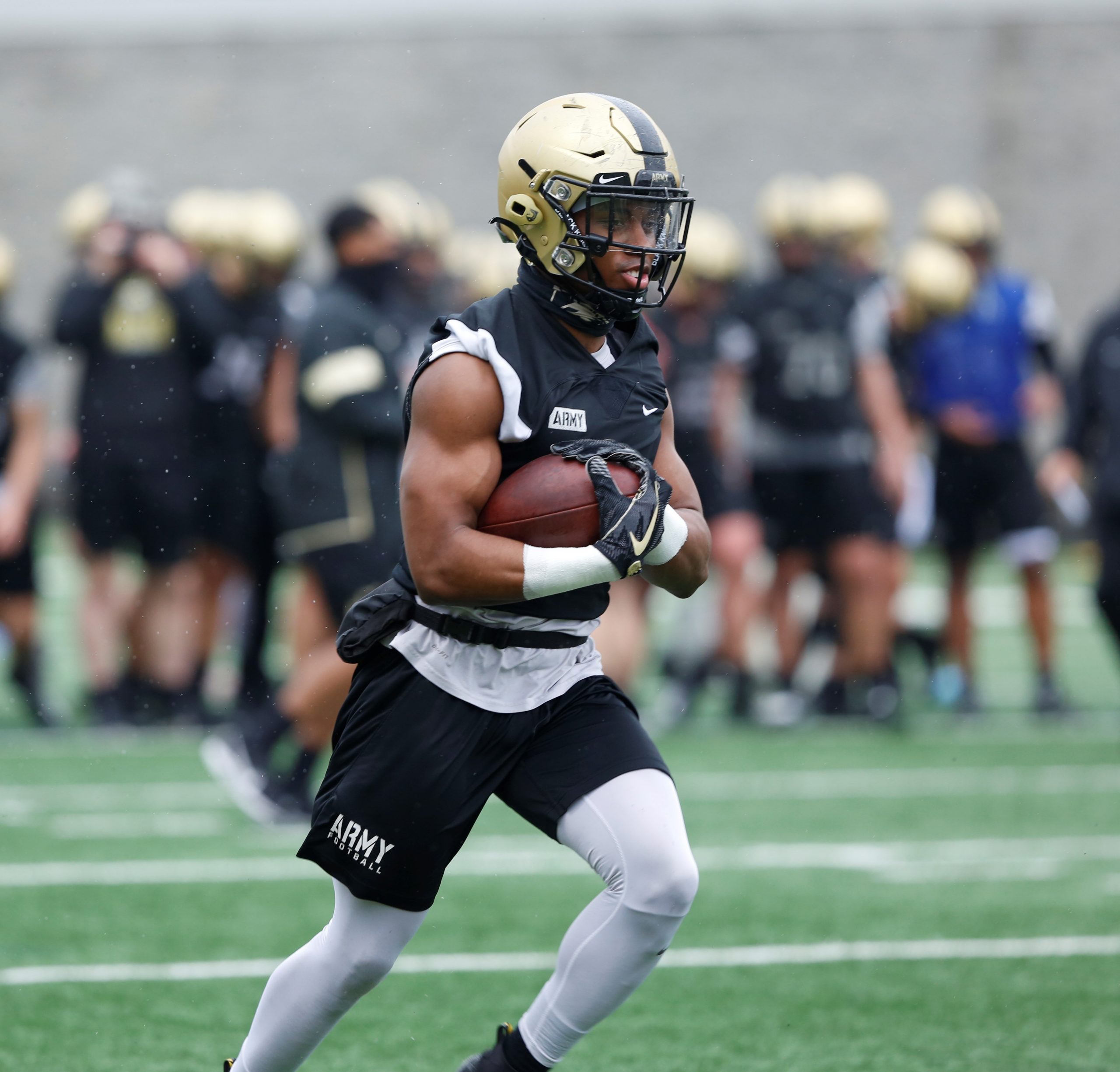 The thoughts of A.J. Howard and his Army teammates will be away from football before Wednesday’s practice.

Howard and Army players will participate in the Walk-a-Mile for the SHARP (Sexual Harassment/Assault Response Prevention) program throughout the day.

It’s more than just football for Howard, a junior slotback.

Howard, slotback Jordan Blackmon, quarterback Tyhier Tyler and offensive lineman Kam Holloway had the chance to virtually teach Los Angeles middle school students last week about the leadership and ethic that they learned at the academy.

“It was an opportunity that we had to give back,” Howard said. “That’s one of our goals is constantly giving off as much we do on the field off the field.”

What has Howard learned the most in his three years at West Point?

It’s about giving back for Howard. He is the president of the Cultural Affairs Seminar group, the largest diversity club among the Corps of Cadets with more than 600 members, and is also involved with the Fellowship of Christian Athletes on post.

“I do a lot of things in my off time,” Howard said. “I like to get involved in the Corps and work on continuing to bridge that gap that we are not just core-squad athletes. We don’t just play on Saturdays in our competitions. We also are involved in the Corps. I fit into a lot of different roles besides just being up here at the stadium.”

On the field, Howard is looking to build on a junior season, which he played in all 12 games including his first start in the Liberty Bowl last season, and provide leadership to his position. Howard believes the slotback position heading into the 2021 season may be the deepest it’s been since he’s been at West Point with the return of freshman Tyrell Robinson and Ay’Jaun Marshall, junior Brandon Walters and sophomore Braheam Murphy.

“We have guys that are able to come in and play straight off the bat than we ever have before,” Howard said. “I think this spring has really helped our young guys develop. You have guys like Tyler Brennan and Delshawn Traylor, who changed his position from quarterback. You have a lot of young guys that are able to come in and even some guys who haven’t had the opportunity to play like Justin Lescouflair, have all been able to come in and truly buy into the system and learn the plays and get up to speed. Right now at the slot, we are better off than we ever have been.”

Here’s our interview with Howard:

NEXT UP PODCAST: Zach Mundell
Monken to play in Peach Bowl Challenge