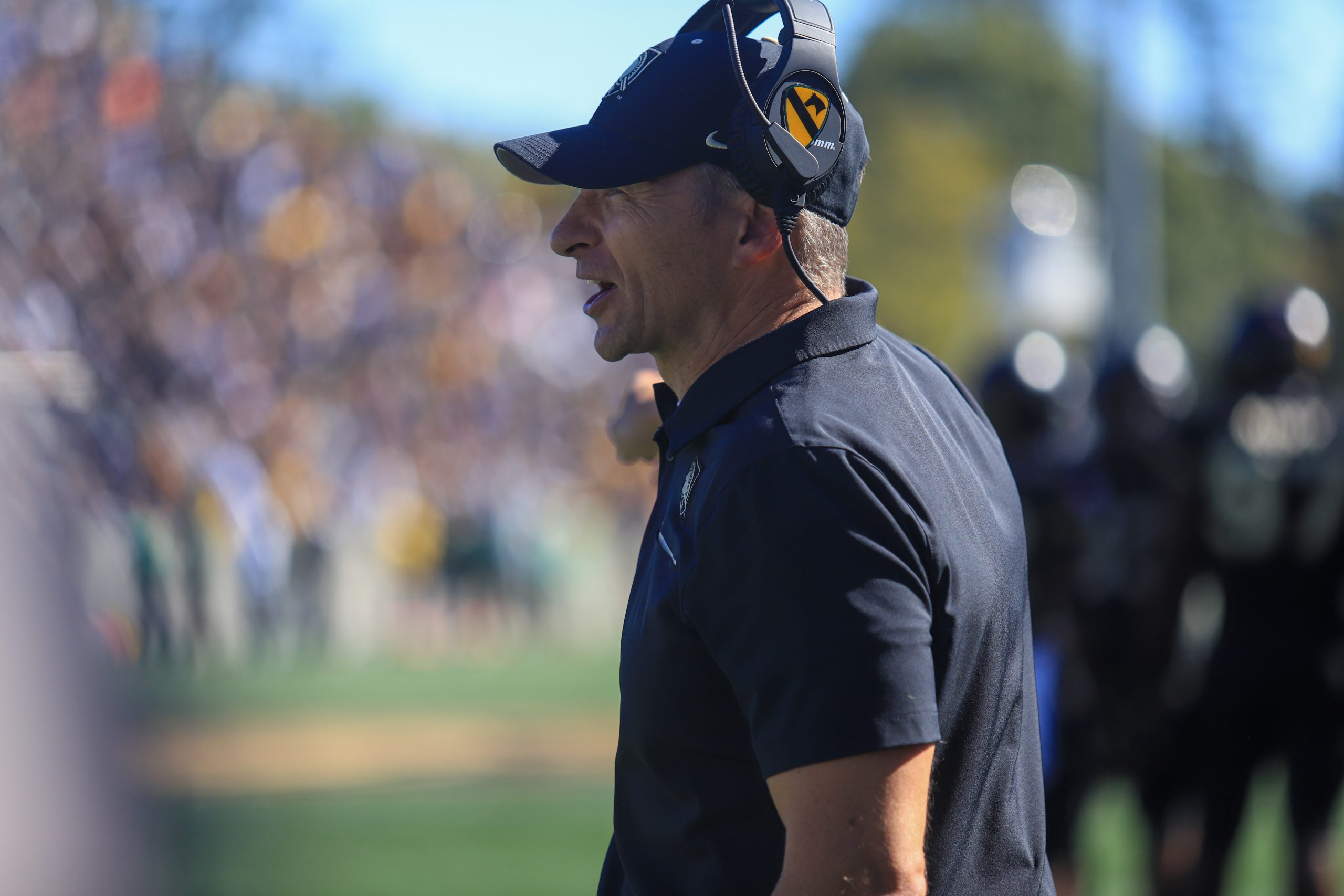 Army’s Jeff Monken is scheduled to be one of 19 current and former college football coaches competing in the Peach Bowl Challenge charity golf event Monday and Tuesday at Reynolds Lake Oconee in Greensboro, Ga.

As of Wednesday afternoon, Monken, who has won 49 games in seven seasons at Army and three of the last four Commander in Chief’s trophies, is reportedly one of the two frontrunners for the Kansas head coaching opening along with Buffalo’s Lance Leipold.

Black Knight Nation can confirm that Monken has made calls to assemble a staff to take to Kansas. From what we have gathered, the number of Army assistants that Monken could take to Kansas isn’t as many as one would think.

The nation’s premier collegiate coach golf event will feature coaches competing in teams over two days of competition. Proceeds from the event benefit charitable foundations selected by the coaches. Since its creation in 2007, the event has contributed a total of $8.4 million in scholarship and charity, helping make the Peach Bowl college football’s most charitable bowl organization.

“Many of these current and retired coaches have participated in our Chick-fil-A Peach Bowl and Chick-fil-A Kickoff Games. This is our chance to give back to them for what they have done to help us grow and succeed – helping us meet our mission to be the country’s most charitable bowl organization,” Peach Bowl, Inc. CEO and President Gary Stokan said. “We can’t wait to see who comes out on top, but the real winners will be the charities these great coaches are playing for.”

The two-day tournament will be played in Ryder Cup format with Stableford scoring and will include 18-hole Chapman Scotch on Monday, followed by an 18-hole Two Man Scramble on Tuesday. This year’s event will also feature a Skills Challenge that includes bunker shot and chipping competitions.

More than game for Howard
NEXT UP PODCAST: 2021 Katy Texas Commits