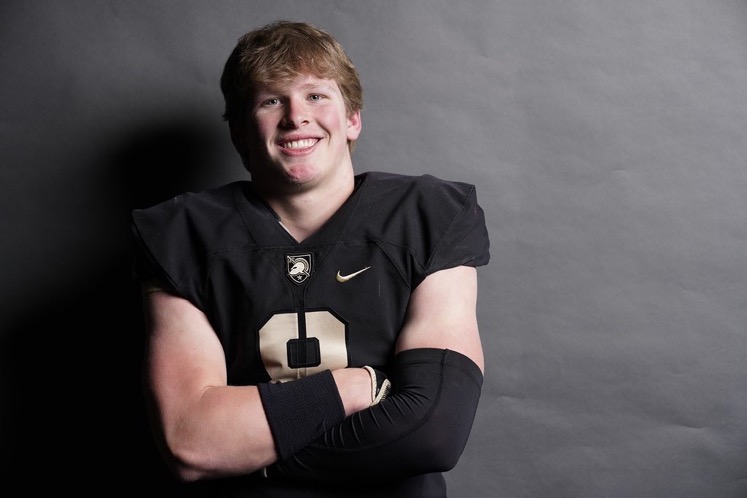 The mindset was an important reason for his announcement Friday.

Smith is the latest member of Army’s 2023 recruiting class. Smith’s commitment to the Black Knights is reflective in his social media post.

“Better to give than to receive and I’m officially giving my all to Army football,” Smith wrote.

Smith’s father would bring up the idea of attending a service academy here and there. Smith never thought about it in detail until he received an invitation to attend an Army Junior Day this spring. Coach Jeff Monken offered Smith “out of nowhere.” Smith researched the academy and came to the decision that Army was his best option.

Now, Smith is already looking beyond his four years at West Point. He says he knows, “Army would give me the best 40 years after (graduation) than the other.”

“Whether academics, athletics or your future career, I talked to a lot of people about it and I knew if I’d go here I’d be set for my future and in the best situation after college.”

“The more I looked into it and thought about it, the more I loved it. I knew even if I got offers from other places, even other Power Five schools, I couldn’t turn down the offer to play at West Point and be a part of such a great brotherhood and university.”

Navy and Air Force both showed interest in Smith. He visited with Navy assistant Ashley Ingram and spoke with Air Force assistant Marc Bacote earlier this month. Even, Maryland co-offensive coordinator Mike Miller dropped in for visit. But, Smith couldn’t be swayed for having Army on the top of his list.

“Both (Navy and Air Force) reached out and Navy more than Air Force,” Smith said. “Army showed more interest than Air Force so they were out. And, I didn’t really want to stay in state and live on a boat for six months at a time after college. I love Navy. I grew up watching them and have respect for them. But, I just liked Army more…the location, the coaching staff.”