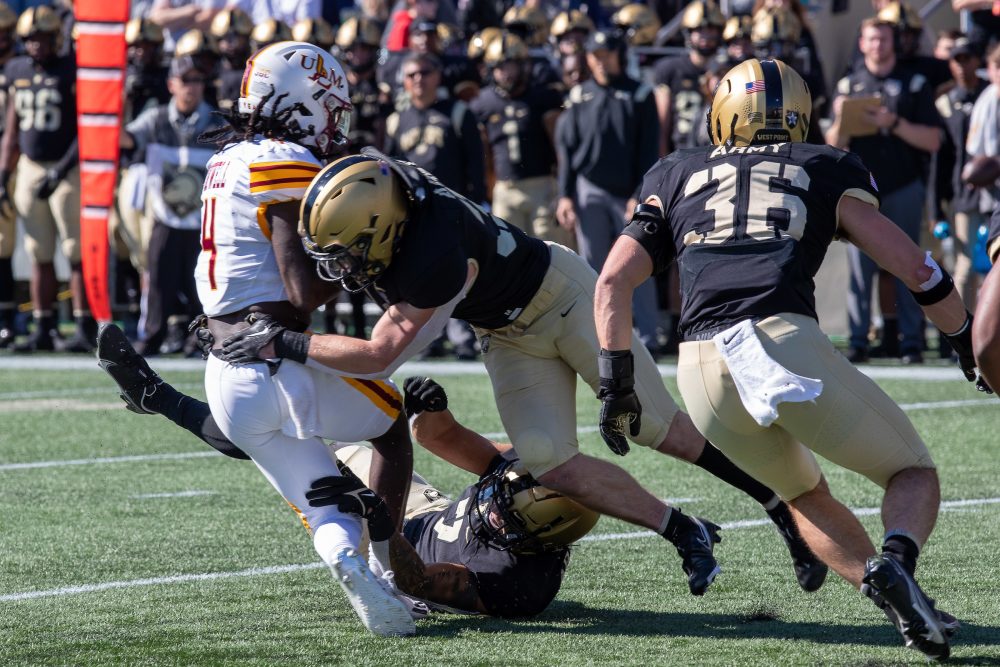 Lowin, one of Army’s most active defensive players, was in the right place at the right time as Jimmy Ciarlo redirected a throw from Chandler Rogers his way. He intercepted his second pass in as many weeks.

“Just got lucky again,” Lowin said. “Jimmy sacked him and the ball came right to me.”

There’s something to be said for playing assignments and being in position. The football is finding Lowin. He collected his first interception when defensive end Nate Smith hit Colgate quarterback Michael Brescia’s arm directing a pass to Lowin last week.

“It’s huge to get those interceptions, fumbles,” Lowin said. “Whatever it takes to get that momentum turned around. We get our offense another chance to be on the field and score a touchdown. That put us a great position. If you take away one of their drives and one for five minutes and how long our offense goes, it allows us (the defense) to relax and go over things.”

Lowin is the first Army player to have interceptions in consecutive games since captain Marquel Broughton accomplished the feat against Western Kentucky and UConn in September 2021. He leads the team with 66 tackles, 17 more than any teammate, and tackles for loss (4). Lowin is tied for 21st in the nation with 9.4 tackles per game.

Speaking of nation rankings, Army is moving closer to leading the country in rushing. The Black Knights are averaging 334.6 yards per game, good for second nationally, after 441 yards against Louisiana-Monroe.