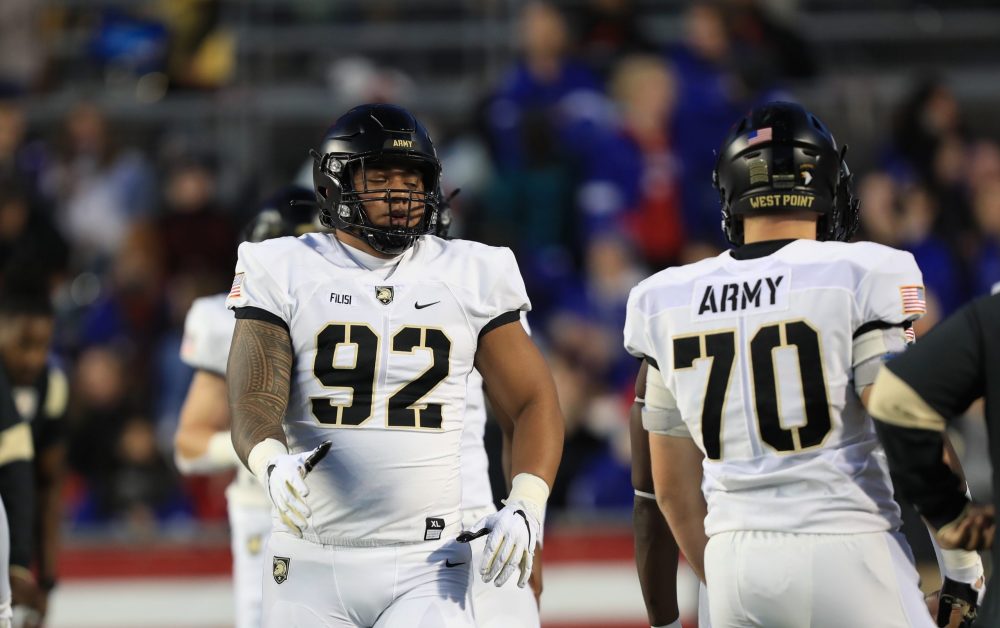 Filisi’s 465-pound lift was a sign of his improvement in strength from his first year with Black Knights.

“It’s (his bench press) skyrocketed since freshman year,” Filisi said. “I think I was benching 275 pounds my freshman year. I credit it all to our strength staff coach (Conor) Hughes and coach (Blair) Vaughn all of them have been pushing me to do my best in the weight room. I can’t thank them enough for what they have gave me.”

“I got some big shoes to fill with Nolan gone,” Filisi said. “Me and my other nose guards Komorowski, D-Rich and Tuioti, we are just helping each other, critiquing each other and just trying to get feel for each other and play to the best of our ability.”

Filisi is one of three Hawaii players on Army’s roster along with junior kicker Quinn Maretzki and freshman running back Kalei Akagi. The nose tackle said he wasn’t highly recruited out of Saint Louis High School. Washington sophomore Faatui Tuitele played on the same defensive line. Army and assistant coach and native Hawaiian Sean Saturnio were the first to offer Filisi.

“My relationship with coach Saturnio started and we just hit it off from there.” Filisi said. “Once I got my SAT scores, he gave me the offer. I can’t thank him enough for that.”