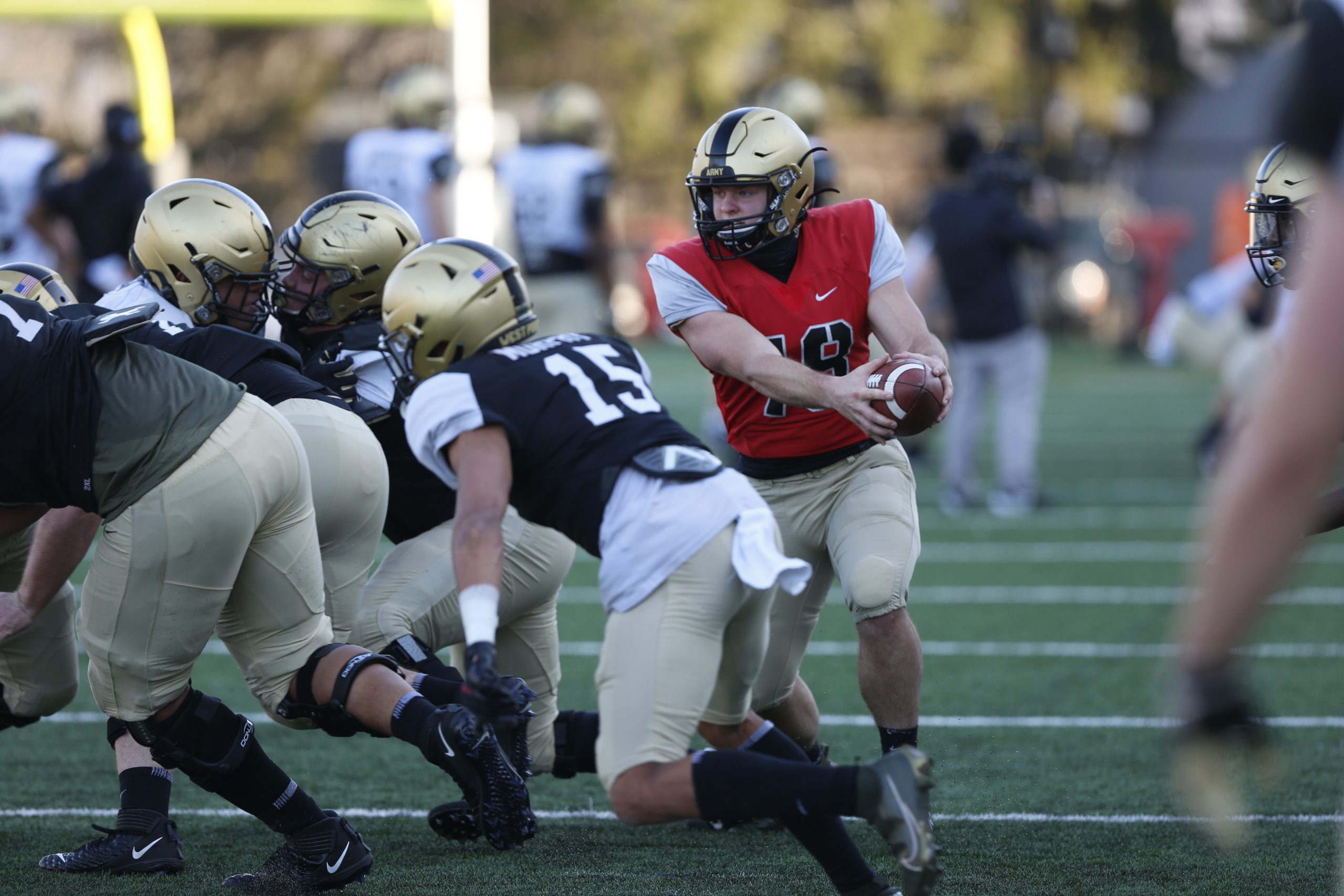 There’s a steady balance in Cade Ballard’s voice as he talks about his first Army football spring practices.

It’s same presence and poise that Ballard showed when promoted from scout team to starting quarterback last October against Texas-San Antonio. Ballard didn’t flinch helping the Black Knights to a convincing win and again, the following week over Mercer.

It’s a humble voice of a winner.

Ballard is one of four returning quarterbacks to lead Army to victory during a 2020 season filled with outside challenges due to the coronavirus pandemic. Ballard’s track record alone can certainly make a case for the freshman to be Army’s 2021 opening-day starter.

There have been no spring depth charts released. Practices aren’t open to the media due to COVID-19 protocols for insight into Army’s quarterback competition.

Ballard is dialed in on the basics. When he takes the field for Army’s first spring scrimmage, Ballard’s mindset doesn’t change.

“Spring ball is about fundamentals and trying to get better,” said Ballard, a two-time Tennessee Mr. Football. “Guys trying to emerge as leaders. You get 15 opportunities (practices) to get better each and every day. I think we are doing that and we need to keep doing that.”

Every snap matters to Ballard this spring. Army’s coaching staff will be watching who best commands the huddle. Quarterbacks coach Cody Worley wants his signal callers to be able to recognize, communication and execute a play during from the pre-snap through the post-snap.

“Coming from a high school that threw it around a bit – kind of 50-50, last year, I didn’t have many reps under center and running the triple (option) and the midline (option) and trying to figure all of that out,” Ballard said. “I thought coach (Brent) Davis, coach Monken and coach Worley did a great job of putting a plan in that fit my skill set a little bit more and kind of push it down the field a couple of times (in his two games).

“We took advantage of that in both of those games last year. I’m just trying to get better at the fundamentals in the triple (option) game and try to do what I need to do so those guys can trust me and the quarterback room can trust me.”

Ballard completed two passes, each for 53 yards in both of his starts. The completions were Army’s two longest pass plays of the 2020 season. Ballard called last year’s experience, “a big teaching moment.” Now, Ballard is back with a lot of familiar faces on offense, looking to compete for the starting role.

“My first year here, in the spring, we went home for COVID,” Ballard said. “I think we are all just grateful to be out here and be able to play, get in full pads and really turn it loose.”