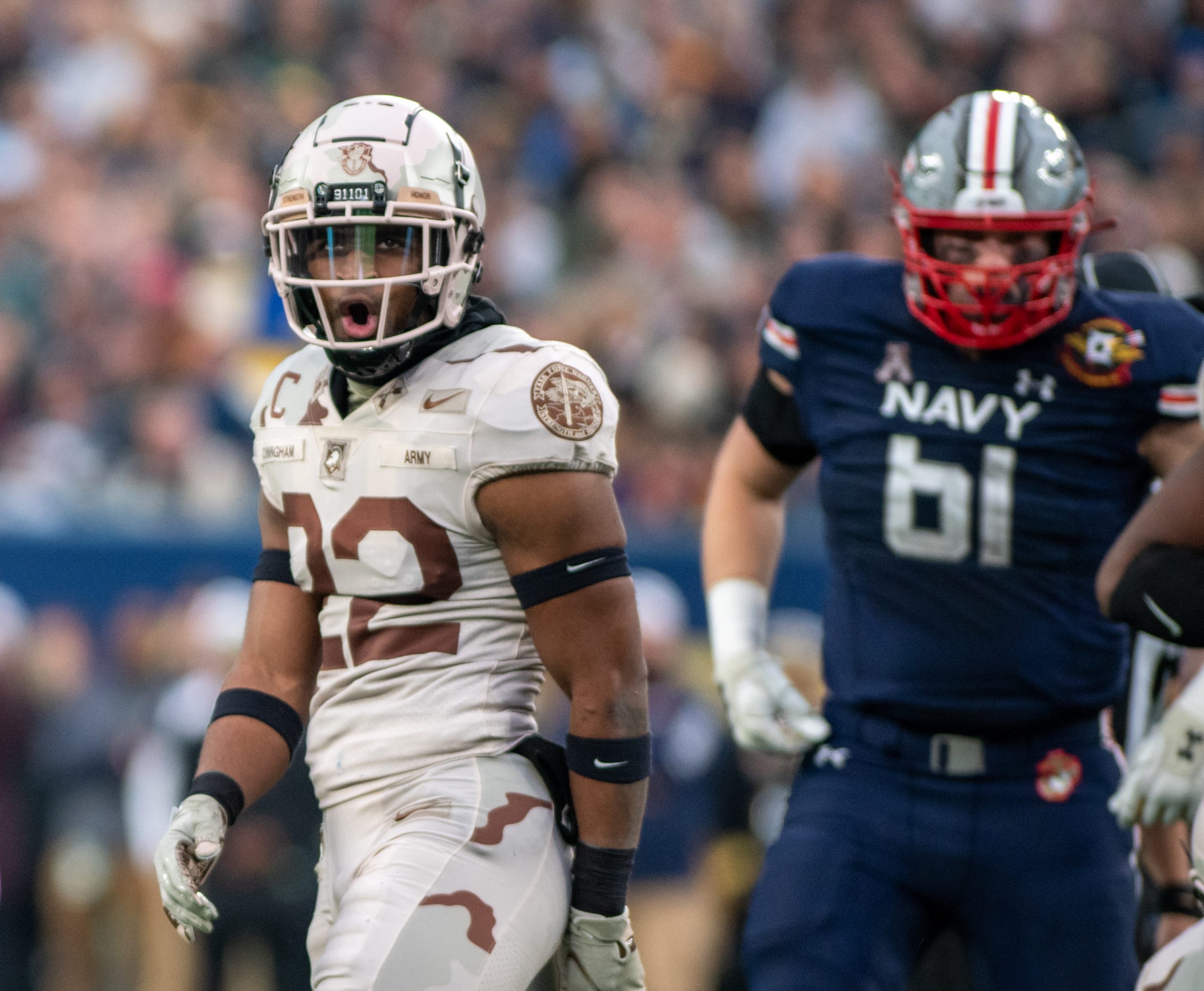 The pro day, which starts at noon, will consist of the Wonderlic test, bench press, vertical jump, broad jump and on-field testing and drill work.

Cockrill, who played in the East-West Shrine Game last month, made 68 tackles, 14.5 tackles for loss and added five sacks in two years as a starting nose tackle. He’s listed a shade under 6-foot-3 and 277 pounds on draftscout.com’s profile.

Smith, a three-year starting linebacker and 2021 Defender of the Nation award winner, finished with 253 tackles (28th in academy history), 24.5 tackles for loss and 10 sacks in his career.

Cunningham, who started the last two seasons at safety, was third on the team in tackles both his junior and senior seasons. He had 188 career tackles and 11 pass breakups.

Harding may be the most intriguing pro prospect among the Pro Day participants. He owns the academy record for career punting average at 44.6 yards per kick. Harding, who is 6-foot-6 and 221 pounds, booted 43 of his 100 career punts inside the opponent’s 20-yard line.

Morrison, a combination linebacker and defensive back, made an impact with his athleticism, hitting and knowledge of the game. He was a model of consistency, making at least one tackle in his last 22 games.

Barnard’s blocking was valued just as much or more than his running at fullback for the Black Knights.

Catoe successfully made the transition from linebacker to fullback his senior year and earned a spot in Army’s B-back rotation. He scored two touchdowns among his 20 carries in 2021.

Roberts, who asked to block more than catch in Army’s flexbone offense, has an NFL build at 6-foot-3 and 235 pounds.