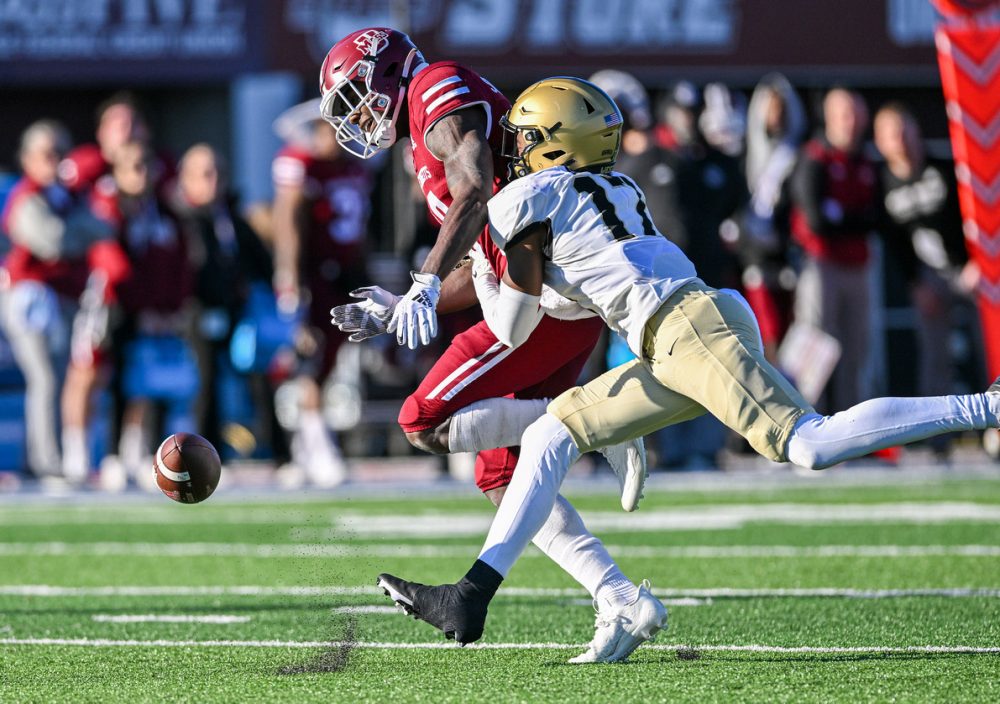 Morris know his number could be called any time to produce. That was the case for Army senior against UMass.

When starting cornerback Jabari Moore couldn’t continue in the first quarter, Morris entered the game. Morris recorded a career-high five tackles, including a third-down stop on a goal-line stand for the Black Knights in a 44-7 victory.

“You want to be ready for your team,” Morris said. “You don’t want to let your team down and make sure you can perform so we can come out with the overall win. That’s what we did.”

Morris has always been ready during his Army career. He made his first start in a win at Liberty and current Tennessee Titans quarterback Malik Willis last season.

Army coaches acknowledged Morris’ efforts against UMass, naming him the defensive player of the game.

“It felt good but at the end of the day, I try not to hang my head on it,” Morris said of the recognition. “I just want to constantly improve and make myself better so I can perform better for the team.”

Morris credits a tight-knit cornerbacks room led by coach Daryl Dixon for being prepared. He looked up to former teammates Elijah Riley (now with the Steelers), Julian McDuffie, Caleb John and Dean Ngendakuriyo.

“He (Dixon) always cares about us and our development as people more than football players,” Morris said. “We are always talking and try to grow our bond closer. I love how we all feed off each other and bounce ideas off each other. We can all ask each other questions.

“We all value each other, look up to each other and admire the attributes that we are good at.”

Morris has one more game left in his Army career. And, it may be the biggest. More than bragging rights are on the line against Navy next Saturday. Morris would like to blur the memories of a 17-13 loss to the Midshipmen last December.

“We take each week separate and prepare for each team that we play each week but we definitely in back of mind remember how that felt and we don’t want to feel like that again,” Morris said.

“Everyone wants to feel that feeling. Now we are focusing what we are able to control and that’s practicing hard and paying attention to detail.”

Safety Marquel Broughton and linebackers Andre Carter and Jimmy Ciarlo played the most snaps (50) against UMass.

Ciarlo is the only defensive player to start every game this season.

Senior safety D’Andre Tobias picked off a pass for the second straight game.

Starting safety Quindrelin Hammonds was limited to 10 plays and was in a sling on the sideline during the second half.

Here’s a breakdown of the 56 snaps (as charted off DVR, * starter)