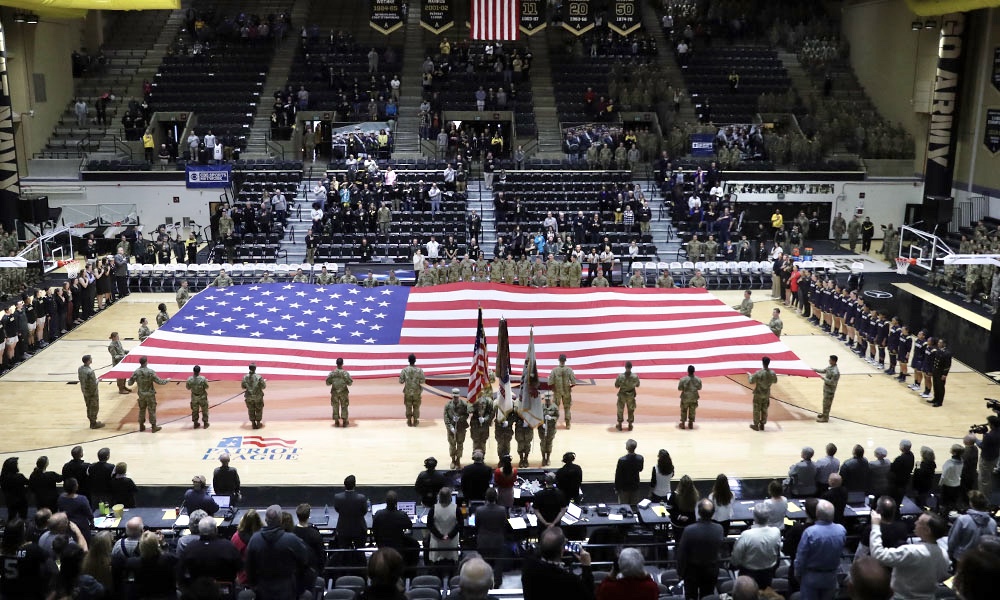 The momentum from Army men’s basketball team’s win over Navy Sunday will not carry over into this weekend.

Army announced Tuesday that the Black Knights’ home games against Colgate Saturday and Sunday are postponed due to a positive COVID-19 test within the program.

No further details were provided on who tested positive. An Army press release noted a Tier 1 COVID level, which is the highest exposure and includes individuals for whom physical distancing and face coverings are not possible or effective during athletic training or competition. The person affected could be a player, coach, athletic trainer, physical therapist, equipment staff or official.

Army and Colgate split an earlier two-game series this season. The schools and Patriot League are expected to work together to reschedule the two games.

Army is currently tied for third place in the Patriot League with a 5-3 conference record. Colgate stands in second at 5-1 behind leader Navy (9-1 in Patriot).