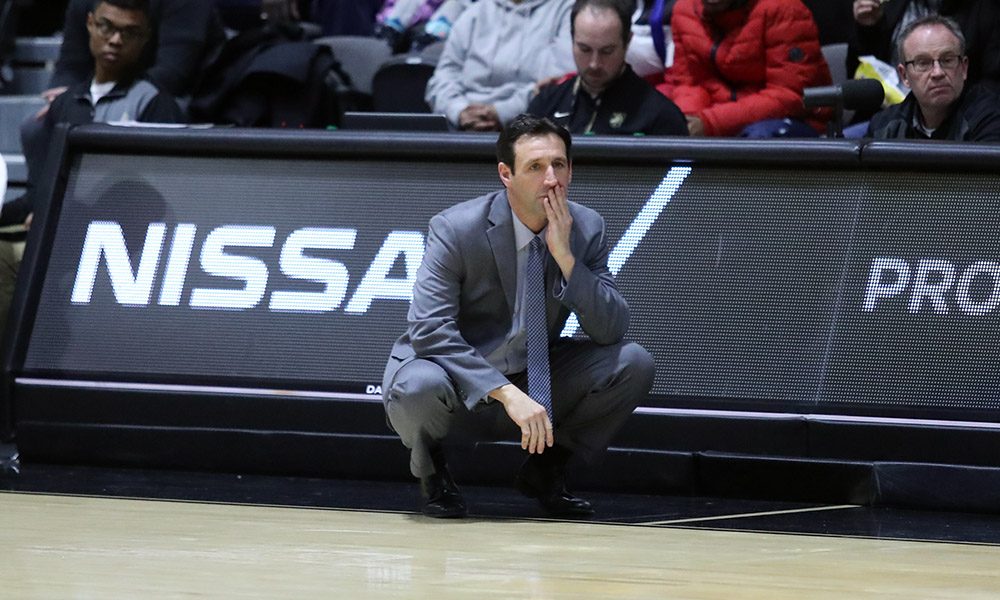 The Black Knights started the new year with a 44-point loss at Colgate. Army bounced back with a two-point win over Colgate the next day.

Adversity struck the Black Knights again Sunday. Looking to draw even after a seven-point loss to first-place Navy Saturday, Army led the Midshipmen for the first 39 minutes and 49 seconds before Cam Davis’ jumper tied the game at 71. Navy would take its first lead (74-73) with 2:30 left in overtime.

Army responded, scoring the next eight points on an extended 14-5 run to close out an 87-78 win. The victory snapped Navy’s nine-game winning streak and handed the Midshipmen their first Patriot League loss of the season.

“The game usually comes down to the wire and is a testament of wills,” said Lonnie Grayson, who led Army with 19 points. Grayson made five free throws in the extra session. “The unique schedule this year gave us a special opportunity to play against them in back-to-back games and fortunately we were able to come out on top today.”

Another bounce-back win showed the character and resilience of this year’s team amid COVID-19 protocols and guidelines. Freshman guard Jalen Rucker continued his consistent play with 18 points including 7-of-7 from the free throw line.

Army’s 87 points were the most it has scored against Navy since 2001. Josh Caldwell added 15 points. Alex King (9 points, 11 rebounds) was one point away from a double-double and the center duo of Charlie Petersen and Luke Finke combined for 14 points and 11 rebounds.

A balanced offensive attack will be needed when the two teams meet again on Feb. 20-21 at West Point’s Christl Arena.