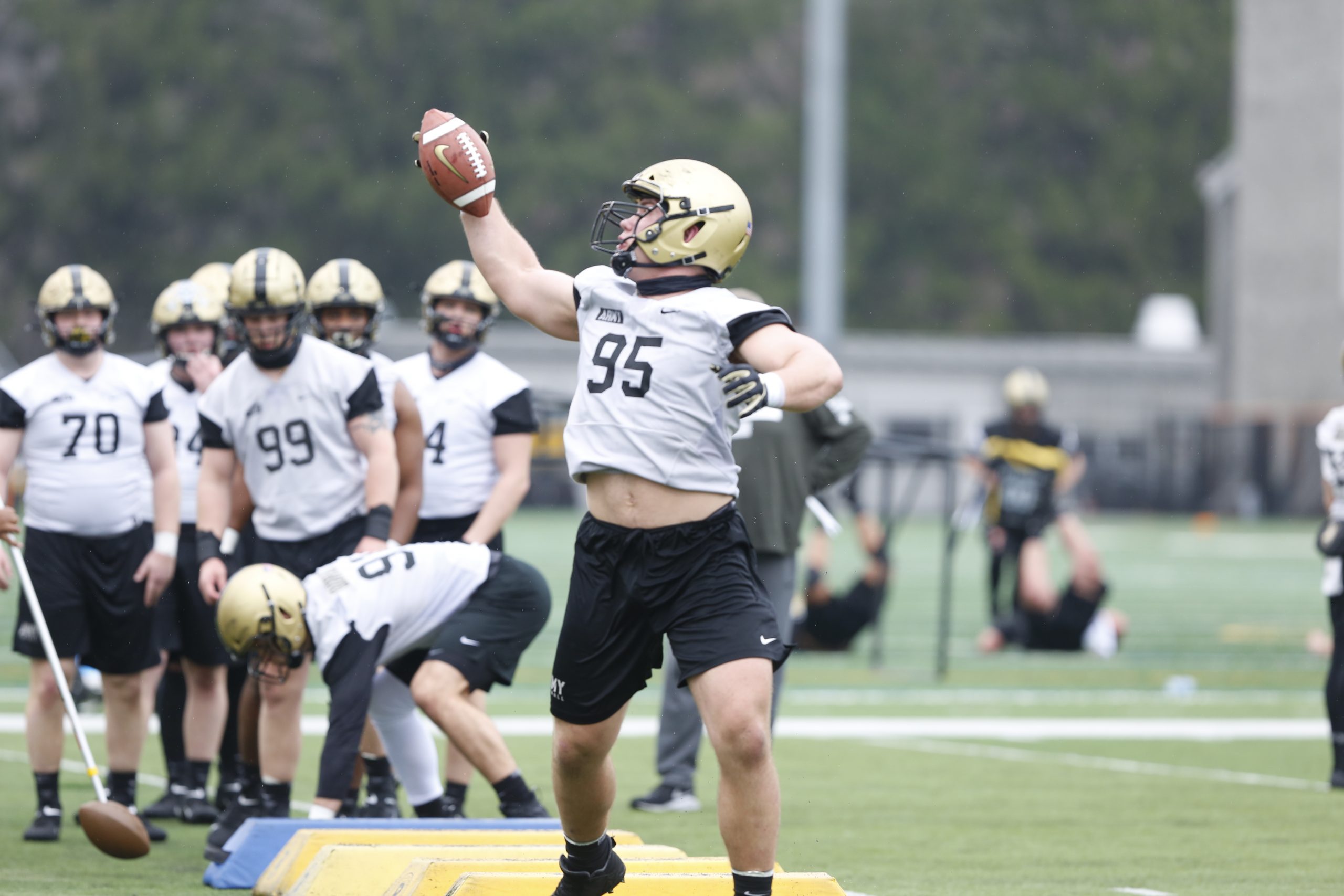 Nolan Cockrill was everything that Jeff Monken looks for in a player coming out of Westfield (Va.) High School.

Cockrill possessed the athleticism to make an impact on Army’s defense. He was an USA Today Virginia all-state first-team defensive lineman as a senior and a three-time state champion.

Football accolades aside, the one quality that Cockrill has always took pride in is his hustle and effort on the field. Cockrill’s hustle and effort were evident during his 2020 breakout season. Army’s 280-pound nose tackle was rated among the very best interior defensive lineman in the nation by Pro Football Focus College.

“I’m so glad he’s on our football team,” said Monken of the junior after Army’s practice Saturday. “He’s a really good football player. He’s really smart and does really well in school. He’s professional. He’s tough. He’s going to be a great Army officer. He’s a leader, a competitor and a winner on our football team.”

When Monken is asked what he’s looking for in a prospect on the recruiting trail, all he has to do is point to Cockrill, who has embraced the academic and leadership chances as much as his snaps on the football field.

“It was the best of both worlds,” said Cockrill when talking about his decision to attend West Point. “I have the opportunity to serve and still be a part of a great football team and culture.

“Coming out of high school, I loved this place when I came here and I immediately just felt the culture was different. I had gone and seen other places and when I came here I knew this was the only place for me. I wanted to be challenged and have that family atmosphere.”

Cockrill was one of four Army defensive players to start all 12 games last season along with Marquel Broughton, Arik Smith and Amadeo West. He led Army defensive linemen with seven tackles for loss. Pro Football Focus College graded Cockrill’s performance against Louisiana-Monroe 98.5 percent in Week Two. Cockrill’s ability to avoid double-team blocking and control the line of scrimmage helped Army to a No. 1 ranked in total yards allowed last season.

“He’s tough enough and talented enough to win one-on-one battles with whoever we play against,” Monken said.