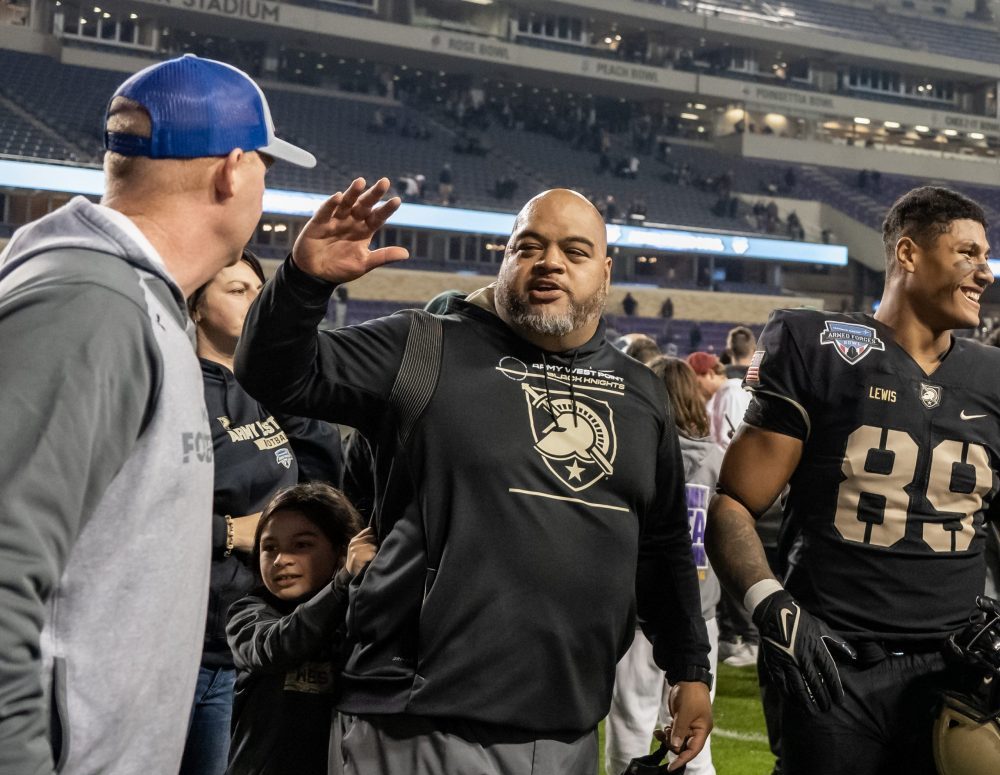 The change in Army’s coaching staff continued Wednesday with the announcement that offensive line coach Saga Tuitele has been hired as Fresno State’s run game coordinator.

Tuitele, who will also coach the Bulldogs’ offensive line, recently completed the second season of his second tour at West Point.

The news comes one day after safeties coach Shiel Wood was named defensive coordinator at Troy. Movement among coaches can be inevitable when college football programs have sustained success like Army.

Fresno State coach Jeff Tedford adds an assistant with California roots to his staff. Tuitele played his high school football in the San Bernardino area and is a long-time recruiter of the Golden State. Fresno State finished the 2021 season with a 10-3 record including wins over ranked teams UCLA and San Diego State. Tuitele was in charge of Cal-Poly’s FCS-leading ground game from 2013-15.

Tuitele rejoined Army’s staff in 2020 from New Mexico where he was the Lobos’ run game coordinator. He was Army’s offensive line coach during the 2007 and 2008 season under Stan Brock.