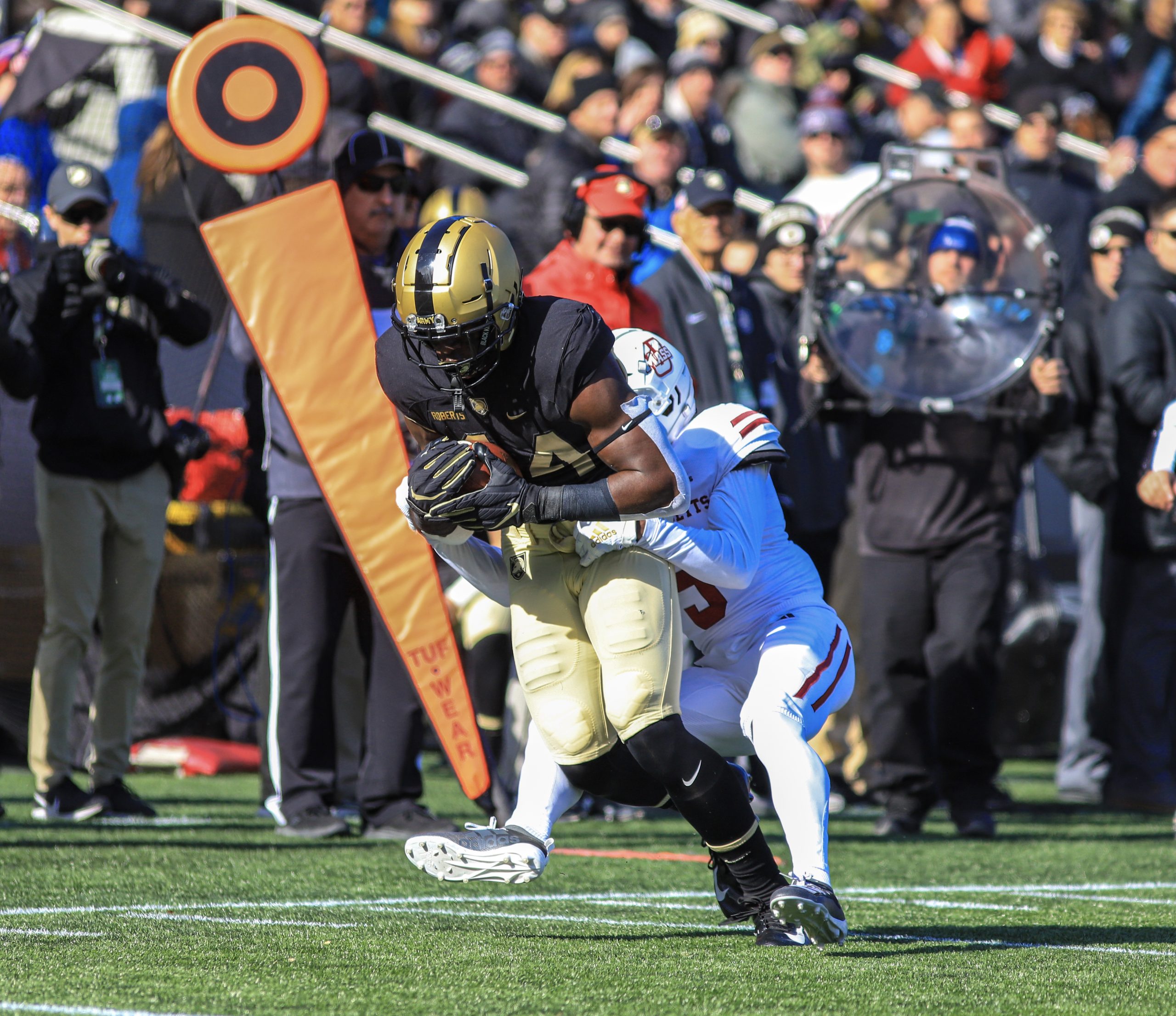 Army football is back on the field for its first spring practice later this afternoon.

Wednesday’s practice is the first of 15 sessions culminating in the Black and Gold spring game on April 30. Three scrimmages are scheduled on consecutive Saturdays April 10, 17 and 24. It will be the first spring practice for defensive assistants Cortney Braswell and Eric McDaniel.

The Black Knights returns a majority of their starters from a 9-3 season. Here’s a quick breakdown of each position group:

Quarterbacks
Should be the most intriguing competition of the spring. Tyhier Tyler, Christian Anderson, Jemel Jones and Cade Ballard each led Army to wins as a starter in 2020. Tyler finished the season as the No. 1 quarterback with Anderson also seeing action. Jones was sidelined with an ankle sprain midway through the season.

Fullbacks
Anthony Adkins, Jakobi Buchanan and Cade Barnard return at the all-important B-back position and played key roles in 2020. Army will need to replace the touchdown production (10 in 2020) of graduating Sandon McCoy?

Wide receivers
Plenty of experience returns with Mike Roberts, Cole Caterbone, Reikan Donaldson and Isaiah Alston, who made an early impact in 2020.

Tight ends
Chris Cameron continues to be an important part of the running game and was a reliable receiver when targeted. Army needs to another tight end to emerge this spring.

Linebackers
Arik Smith heads into his final spring with two years of starting behind him. Who will step up and fill the void left by leading tackler Jon Rhattigan inside? Freshman Spencer Jones, junior Kemonte Yow and a sophomore Fabrics Voyne are options. Andre Carter, Daryan McDonald and Nate Smith return on the outside.

Secondary
Safeties Marquel Broughton and Cedrick Cunningham were a play-making tandem last season. Competition at cornerback should be high with Jabari Moore, Julian McDuffie, Caleb John and Cam Jones, all who started in 2020.

Specialists
Freshman kicker Quinn Maretzki and punter Zach Harding enter spring as the top of the depth chart following strong 2020 seasons. Long snapper should be an open competition with the graduation of Kyle O’Connor. Ryan Aguilar finished the 2020 season, snapping in the Liberty Bowl.