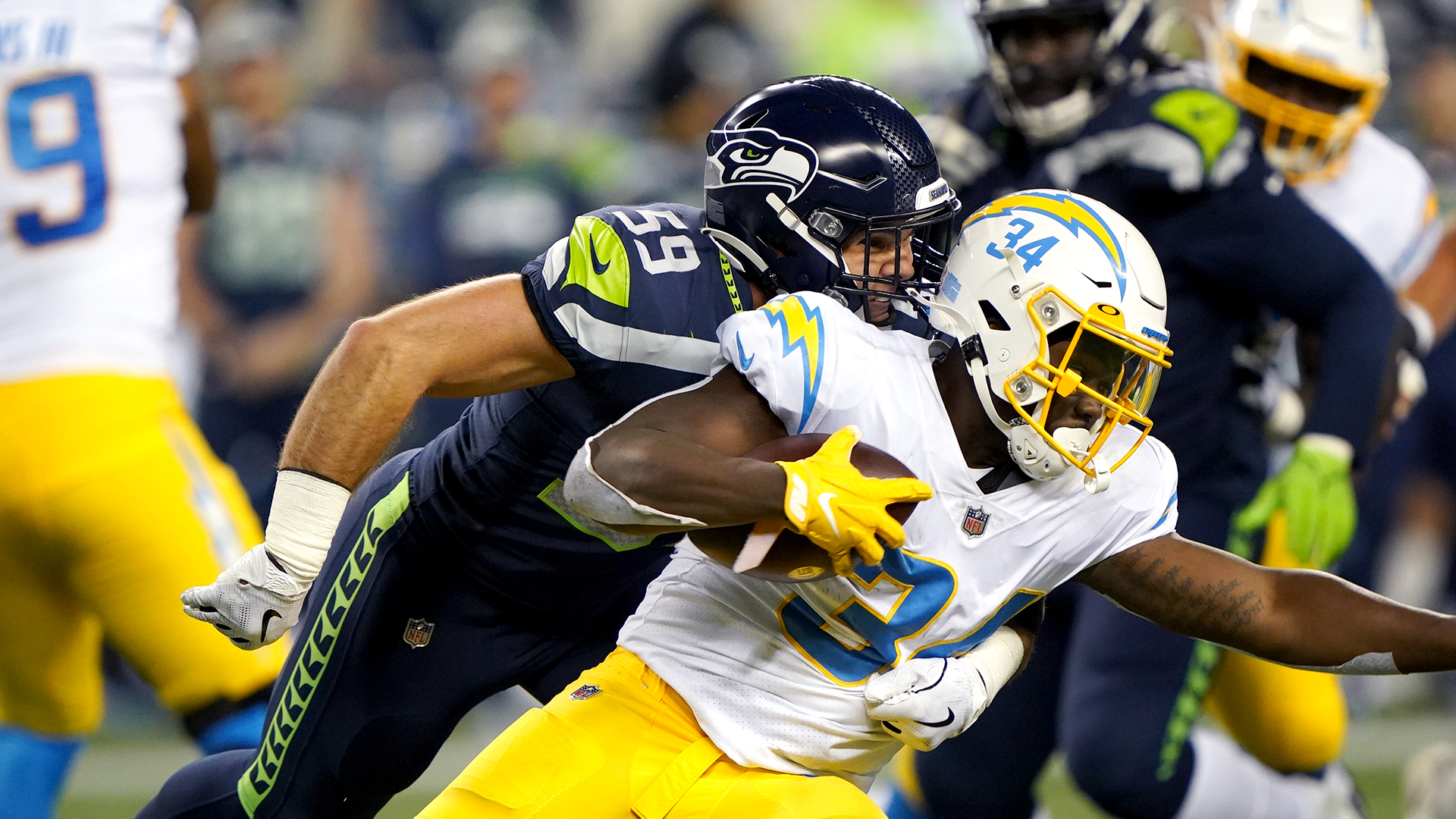 The 2021 West Point graduate and Army all-American linebacker was just getting started in his preseason debut. Rhattigan dropped Darius Bradwell for a two-yard loss and knocked away a short pass in the fourth quarter.

“I was fired up about Jon,” Carroll said after Seattle’s 27-0 win over the Chargers. “This was a guy that did a lot of cool things when he was well and healthy with us building up and he just had this long muscle thing that he had to get through. It just took way longer than we wanted to.

“Gosh, I thought he played really nice tonight. That’s a guy that did flash at me and in special teams as well. It was really important for Jon to show us something and I was really happy for him.”

Saturday’s 10 p.m. ET Seahawks-Chargers kickoff was appointment television for Army fans. Cole Christiansen, a two-time Army captain, was running from sideline to sideline for the Chargers’ defense from start to finish. Christiansen finished with nine tackles to Rhattigan’s five.

It’s surreal just two years ago Rhattigan and Christiansen were making plays against Rice in Army’s 2019 season opener and sharing the same linebackers room at West Point. Christiansen operated the middle of the Black Knights’ defense. While, Rhattigan made an impact on special teams. When Christiansen graduated and signed with the Chargers, Rhattigan took over as starter and led Army to the nation’s No. 1 ranking in yards allowed per game.

Rhattigan, who was slowed by a hamstring injury in the preseason, returned to practice earlier this week and picked off Super Bowl champion quarterback Russell Wilson in a 7-on-7 drill.