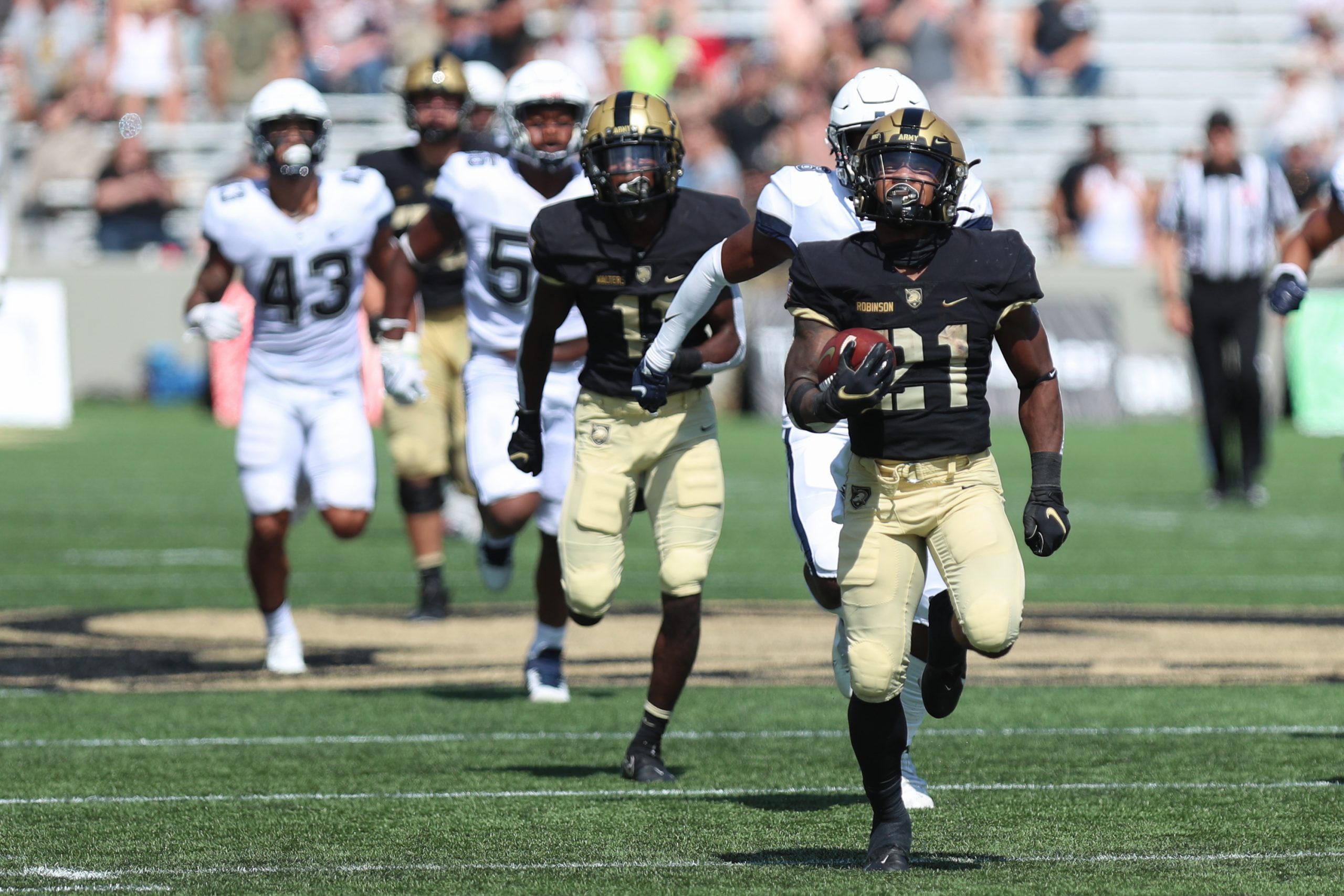 Army couldn’t have scripted a better first half against winless UConn.

The result was a 42-0 lead at the break and enough of an advantage for Army to play its second and third string the entire second half.

UConn has its moments against the Black Knights’ reserves, some seeing the first action of their college careers. While the final 30 minutes provided some teaching moments and some chewing out from coach Jeff Monken, Army still emerged with a comfortable 52-21 victory.

“We had a really good first half that gave us the opportunity to play some guys that haven’t played very much,” Monken said. “We found out that we have to get a lot better. We have to build depth. We missed tackles. We didn’t sustain blocks. We let back-to-back kickoff returns go for touchdowns. That’s all very disappointed to me.

“My standard doesn’t drop for our second, third or fourth string guy who was in there. They are one play away from being the next man up.”

Slotbacks Tyrell Robinson and Brandon Walters provided the offense with big play. Robinson took a handoff right up the middle for a 70-yard touchdown. Walters raced 58 yards down the left sideline on Army’s second play.

“It comes down to preparation,” Walters said. “We practiced hard every practice and make sure we pay attention to every detail. UConn was a very good team and played really hard. I respect them for that but it really comes down to the preparation and practice before the game.”

UConn’s first touchdown against a Division I-A opponent came on a 38-yard touchdown by Phommachanh in the third quarter. The Huskies followed with a 96-yard kickoff return for a score by Brian Brewton. Phommachanh added a 4-yard TD run on fourth down in the fourth quarter.