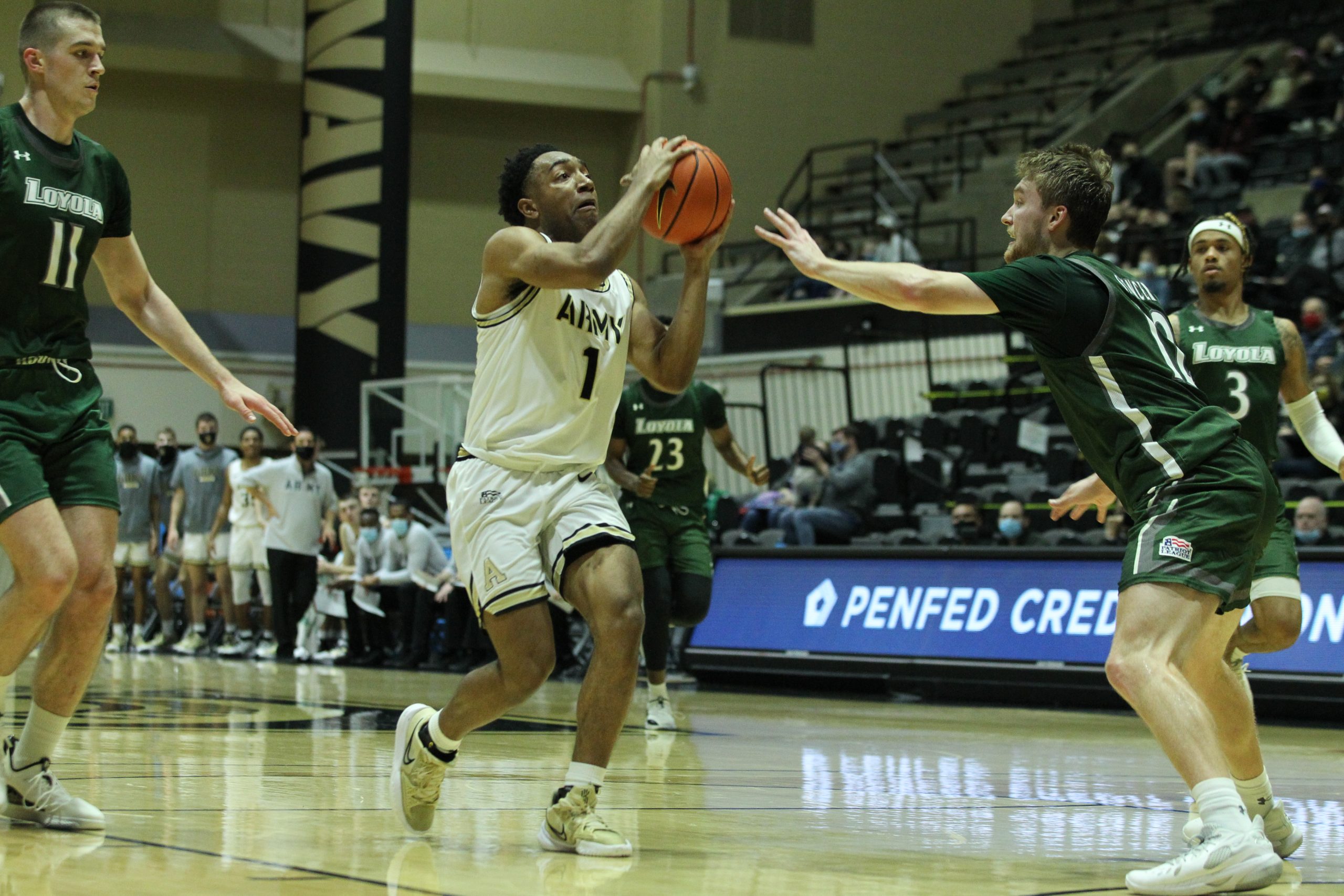 The Black Knights won the tip and scored the first six points of the extra session. Rucker, Army’s sophomore point guard, made a driving layup and two free throws in overtime to finish with a team-high 21 points in the Black Knights’ 77-74 victory at Christl Arena in West Point.

Josh Caldwell’s steal and layup, that was ruled goaltending by Loyola, gave Army a 68-65 lead with 35 seconds left. Army’s T.J. Small blocked David Brown’s 3-point attempt with five seconds remaining. Loyola needed to foul Army four times before 1-and-1 would take effect but Caldwell turned the ball over near the sideline with two ticks left. Spencer drained a 3-pointer from the left corner.

Caldwell scored 18 points and added eight rebounds and Matt Dove had a career-high 11 points and two dunks for the Black Knights. Freshman Nolan Naess scored his only two points of the game to open the overtime scoring. Army freshman Zach Lezanic, who entered the game with three points, had five points in the first half.

Army had four dunks in the game including a throwdown by freshman Isaiah Caldwell to cap a 13-3 in the first half.