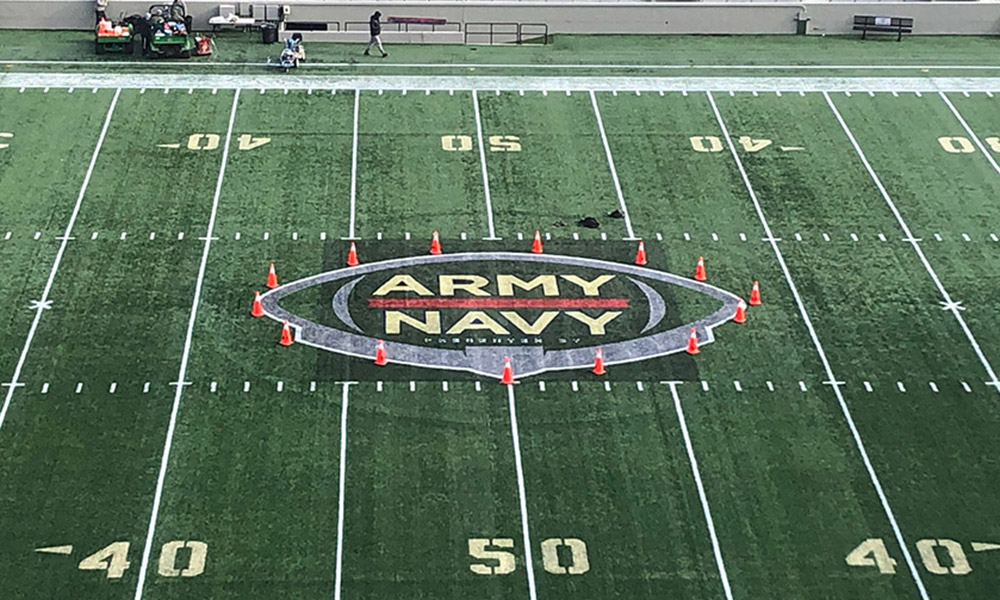 The transformation of Michie Stadium to the host the Army-Navy games continues.

Never thought the words “Navy” would be painted in an end zone of the historic stadium. But, there is it on the north end of Michie close to week away from the 121st installment of the Army-Navy game. “Army” is painted in the south end zone closest to the Black Knights’ locker room.

College football’s most storied rivalry will be played at West Point for the first time since 1943. Pennsylvania’s attendance limits on outdoor events caused the move.