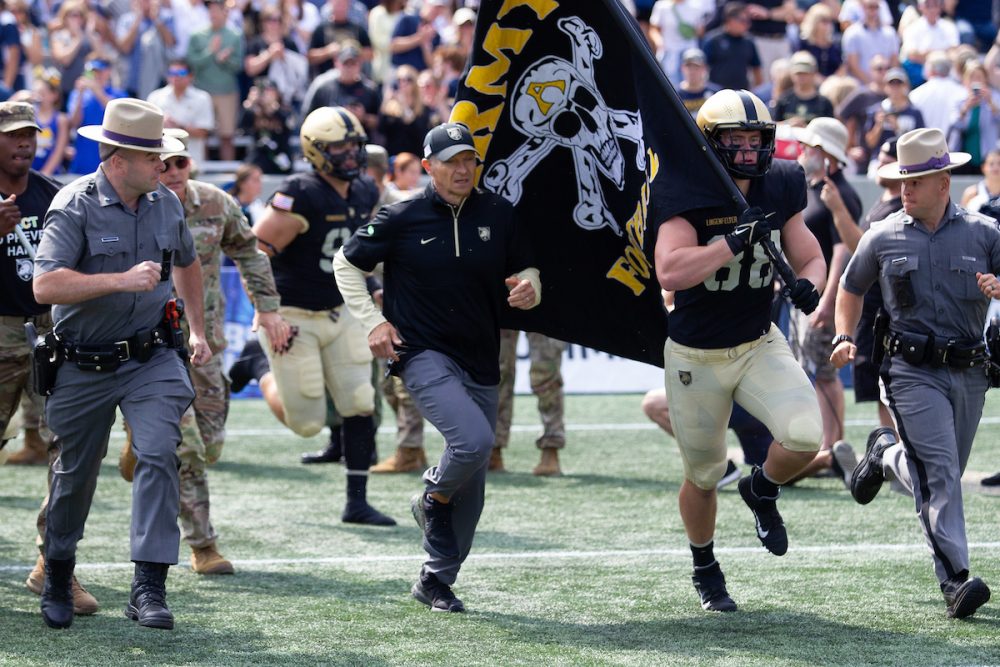 “It’s a fun rivalry,” Nachtigal said on the Black Knight Nation podcast (link below). He had 10 tackles in Army’s 21-0 win at Air Force during the 2017 season. “It’s very different than Army-Navy. You can see that with the way the game typically goes. You are just there to lay the wood, hit people, hurt people and have fun.”

The Army-Air Force leg of the Commander in Chief’s trophy may not get the attention of Army-Navy or the television time slot. Saturday’s game kicks off at 11:30 a.m. (10:30 a.m. local time) from Globe Life Field in Arlington, Texas.

However, the dislike both teams have for each other and the desire to secure the biggest prize in service-academy had made for some dramatic games since the 2017 shutout. All four meetings were decided by a touchdown or less. Army has won the last two games including Army’s 21-14 overtime win last season.

“Those are two of the best memories that I have playing football,” Army senior center and co-captain Connor Bishop said. “They were super fun to be a part of. Lessons learned from those is just how tight the margin is in a CIC game. You don’t which way it’s going to be.

“We talked about that all through the offseason with coach (Conor) Hughes, the strength guys and coach Jeff Monken. You don’t know which play is going to be the one that makes a difference in these games. Those margins are razor thin.”

Linebacker Leo Lowin started thinking about the Air Force the day after Army’s last win over Louisiana-Monroe to start a bye week. Preparations for the Falcons started in spring practice with “CIC” periods through preseason camp.

The Army-Air Force rivalry isn’t only contested on the field. It extends to 365 days a year with recruiting. Army and Air Force have offered more than 370 of the same class of 2023 recruits.

For Bonsu, who always plays with an edge, keeping emotions in check and finding a “happy medium” with execution is a focus.

“Emotion can only get you so far,” Bonsu said. “If you are not executing and your eyes and your hands are not where they need to be, you can be emotional and as passionate as you want but it’s not going to get the job done.”

After a loss at nationally-ranked Wake Forest, Monken spoke with team and made a boxing analogy for the rest of the season. Each remaining game would be compared to a boxing round. Army won rounds 1 and 2 with home wins over Colgate and Louisiana-Monroe.

Air Force, a step up in competition, awaits in round 3. And, the Black Knights know they will have to go the distance to earn Army’s first three-game winning streak in the rivalry since 1976-78.