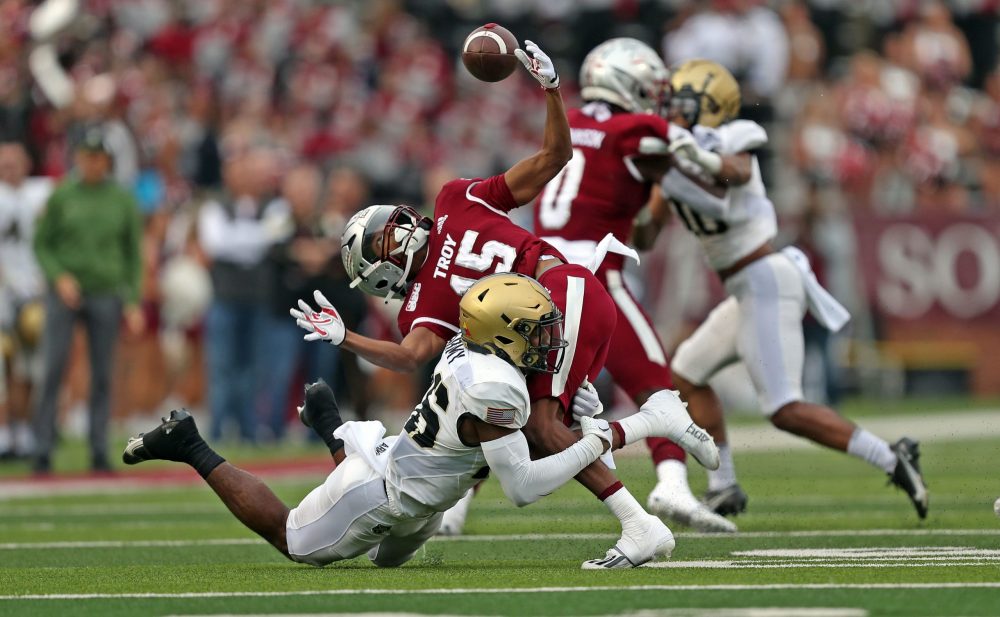 In a game of missed opportunities, Army came up short, ruining its chances for any hope at a winning regular-season record and casting real doubt on whether the Black Knights will qualify for a postseason bowl game.

Maretzki’s missed kick was just the last of many Army missed chances that now have the Black Knights at 3-6 on the season and in very real jeopardy of missing a bowl game for the first time since 2019 and only the second time since 2016.

Army has three games remaining, starting with a much-improved Connecticut at home next Saturday, UMass on the road later this month and Navy in Philadelphia on Dec. 10, and has to win all three and hope for an NCAA exemption because of two wins against FCS teams to qualify for the postseason.

Despite a second-straight impressive performance by the Army defense, the Black Knights imploded on offense at key moments, possibly costing themselves as many as 14 points or more in the first half of the game. Army failed to score in the second half for the second straight game. Plus, Maretzki missed an extra-point attempt after quarterback Tyhier Tyler scored on a 3-yard run on the first play of the second quarter to give Army a 6-0 lead.

Tyler had trouble holding the ball too. He fumbled on the Troy 3-yard line on 4th-and-1 play after an impressive opening drive by Army. He fumbled a second time on the first play after Army linebacker Jimmy Ciarlo recovered a Troy fumble on the Trojans 22-yard line later in the second quarter.

Army’s punting game was off, as well, with two muffed kicks that each went 16 and 13 yards and a third line-drive punt that was easily returned for big yardage in the second half. And, as Army coach Jeff Monken pointed out, the team was hurt by three key penalties – a blocking below the waist call, a holding call and an intentional grounding call on Tyler, that created third and long situations for the Black Knights.

“I am really disappointed that we fumbled those two times,” said Monken. “We have to win the turnover battle and we did not do that.”

Even, a second impressive first-half Army drive later in the second quarter resulted in just a 26-yard field goal by Maretzki to take a tenuous 9-0 lead into halftime.

While, the Army defense, which was playing without two of its best players, safety Marquel Broughton and linebacker Leo Lowin, managed to keep the lid on Troy offense during most of the second half, the Black Knights offense sputtered during most of the last 30 minutes of the game until the final drive.

Troy drove to the Army 4-yard line on the opening series of the second half, but had to settle for a 21-yard field goal to cut the Black Knights lead to 9-3. After Army cornerback Cam Jones intercepted a Gunnar Watson pass in the end zone to stop a Trojans’ drive, Troy quickly got the ball back and took the lead, 10-9, when Watson connected with Tez Johnson on 4th-and-3 and the Trojans converted the extra point.

“We did not execute our fundamentals and assignments in the second half,” said Tyler, who was 4-for-7 in passing for 80 yards and ran for 100 of Army’s 276 rushing yards. “We had no excuse.”

Army’s last drive started on their own 25. A 27-yard run by Ay’Jaun Marshall and a third down 28-yard completion to Braheam Murphy got the ball down to the Troy 44 yard line with under two minutes left. Army managed to get the ball to Troy 25-yard line before Maretzki’s field goal try.