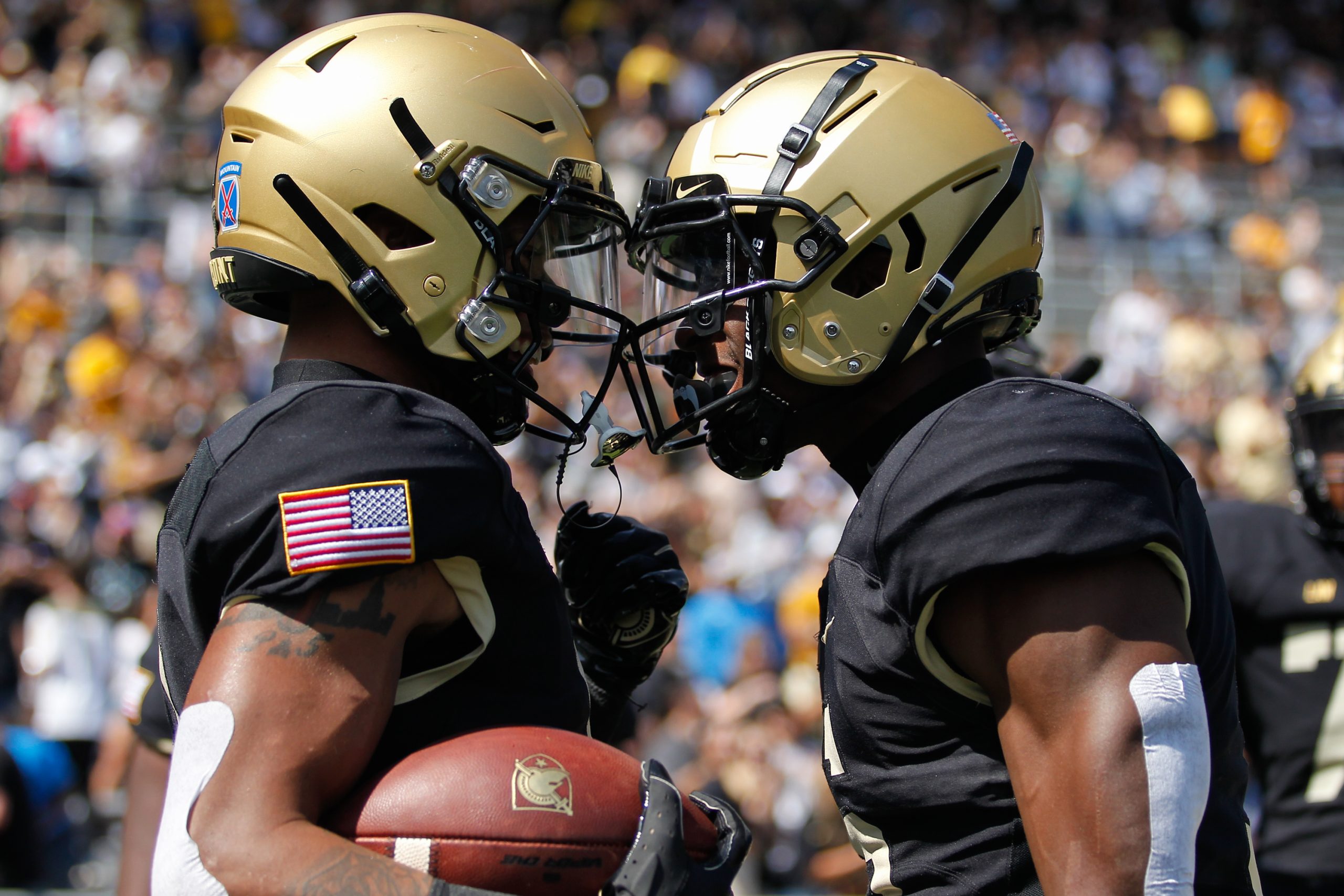 Army’s bowl selection Sunday was different than every other school waiting to hear its postseason destination.

There was no team gathering waiting for an announcement. When Army players arrived for their meeting to prepare for Saturday’s rivalry game against Navy, many have heard via social media that the Black Knights were heading back to the Armed Forces Bowl.

“They were really waiting for me to talk about the game this weekend again,” said Army coach Jeff Monken, who was reading the body language of his players. “Our guys are very grounded. I assure you of everything on their plate, that’s (the bowl game) the thing that they thinking about the least right now.”

Monken added, “Frankly, I haven’t been thinking about anything else than playing Navy on Saturday. That’s completely consumed me for the last week and half since the end of the Liberty game.  It’s (the bowl) a reward for our players for a tremendous season. I think it’s one of the great rewards of playing college football at this level, is to be able to play in a bowl game. I’m personally excited to be going back to the Armed Forces Bowl.”

When Army announced it accepted the Armed Forces Bowl bid Sunday afternoon, it’s opponent was TBD. Turns out the Black Knights will get another crack at a Power Five school in the postseason. Army will play Missouri of the Southeastern Conference at 8 p.m. on Dec. 22 at Amon G. Carter Stadium in Fort Worth, Texas.

Army was locked into a tie-in with ESPN Events bowl that included the Armed Forces, First Responder (on campus of SMU in Dallas), Myrtle Beach and Fenway among others.

“Today, the conversations picked up pretty regularly,” Army athletic director Mike Buddie said. “We felt like we were probably going to return to the state of Texas but we weren’t sure which bowl was going to be assigned to us and we really didn’t know our opponent until after we made our announcement. We knew they were going to take care of us and it was going to be a great matchup and I think they did exactly that.”

Missouri (6-6) features senior running back Tyler Badie, who looks to add to the Tigers’ single-season rushing record (1,604 yards). The Tigers’ highlight victory of the season was a 24-23 overtime win over Florida. Four of Missouri’s six losses were to teams currently in the AP Top 25 (Georgia, Texas A&M, Arkansas, Kentucky).

The bowl game will be the fifth meeting between Army and Missouri and first since 1982. The schools have signed a future two-game contract to play in 2029 and 2033 at Missouri.