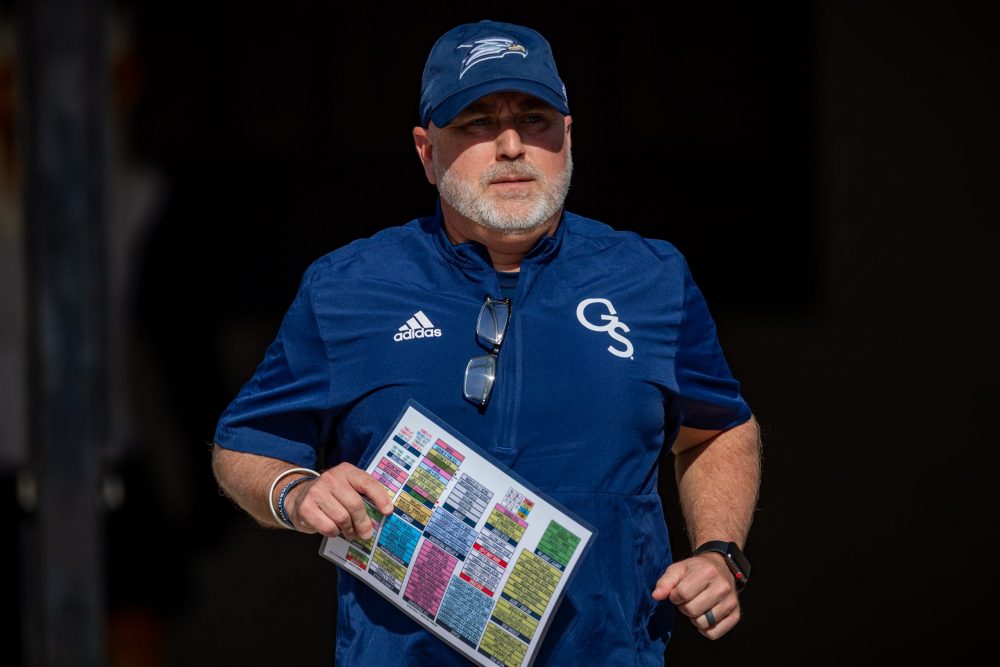 Sloan brings 16 years of college coaching experience at the Division I and I-AA levels including the last four seasons at Georgia Southern’s safeties coach and defensive play caller.

Sloan started his coaching career as a Clemson video graduate assistant in 1992. He played in three bowl games during his Clemson career and has coached in eight bowl games. Sloan coached against Army when Georgia Southern visited West Point in 2020. Should be noted that Sloan’s first coaching job after graduate assisting at Clemson was defensive coordinator at Georgia Military College in 1996.

In other coaching news, Army wide receivers coach Keith Gaither has left to be a defensive assistant at Virginia under first-year coach Tony Elliott. Gaither finished his second season in his second stint at Army.