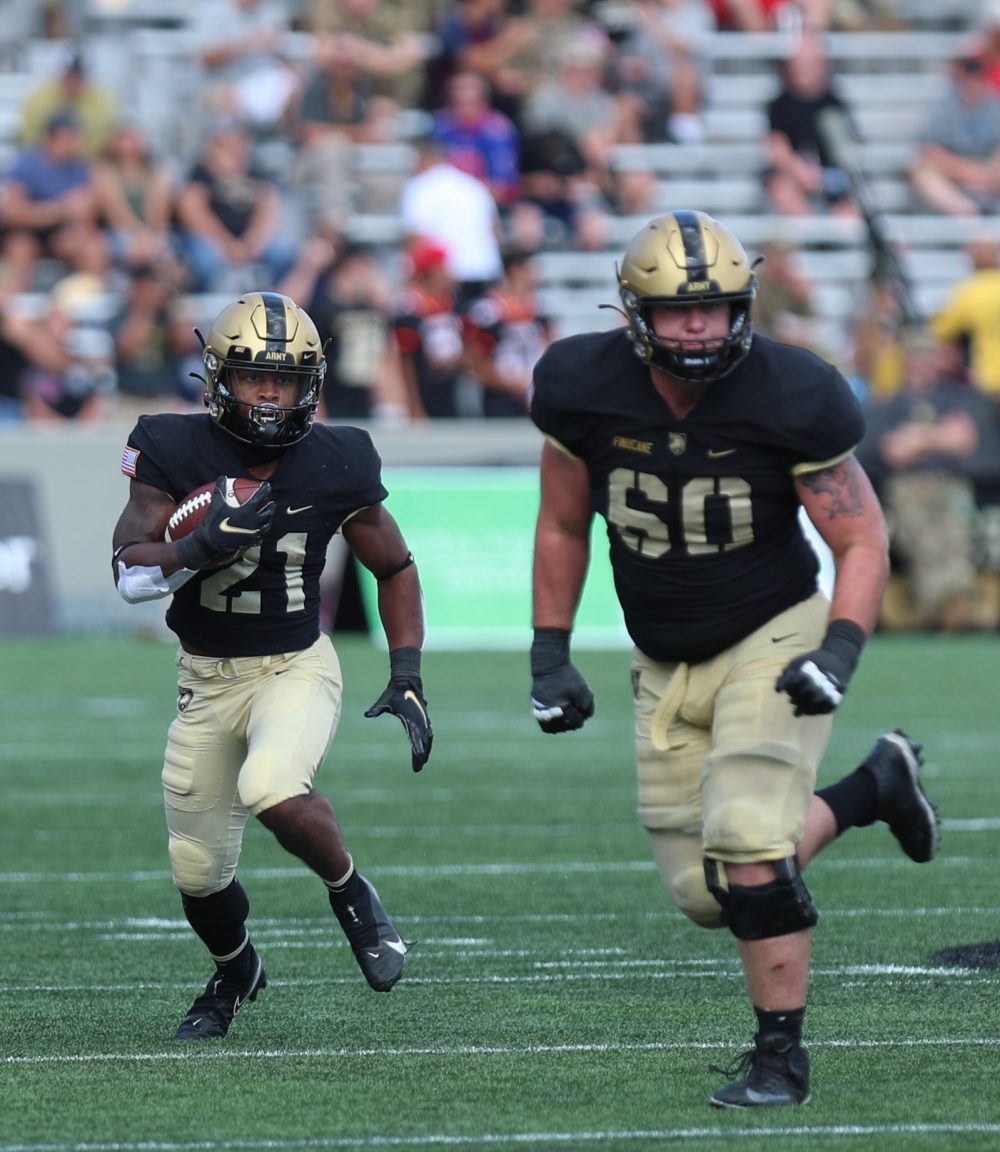 Army’s sensational sophomores Isaiah Alston and Tyrell Robinson are remaining at West Point and not pursuing the transfer portal.

Army Athletics confirmed Alston, Army’s top receiver, and Robinson, the Black Knights’ electric slotback, are staying at the academy after announcing their intentions to enter the portal last week.

Alston and Robinson took down their previous social media posts regarding the matter.

Go Black Knights was first to report the news.

As of Tuesday morning, Alston and Robinson were among 13 Army players listed in the transfer portal. It’s unclear how quickly the portal is updated. Athletes need 1.9 grade-point average to enter transfer portal.

Army looks to keep two of its top playmakers for the 2022 season. Alston and Robinson were both gamechangers in 2021.

Alston had 22 catches for 449 yards and three touchdowns. He posted on his Instagram story a photo with Army’s wide receivers after the team’s Armed Forces Bowl win with the quote, “Some Things Are Not Worth Losing.”

Robinson, who had more than 1,000 all-purpose yards in his second season, was shown working out with the team in a video posted by Army’s strength and conditioning staff Monday.

Steve Anderson suggested on the recent edition of the Black Knight Nation podcast that Army players thinking about transferring talk with Army director of player development Ben Kotwica during the decision process.