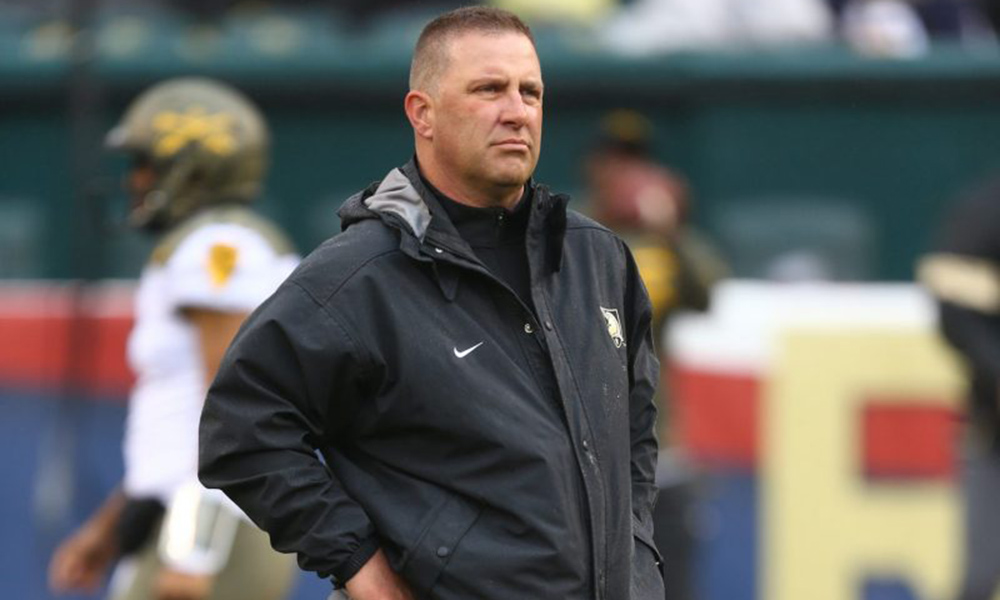 Waugh, who will be entering his 20th season at West Point, mentored fullbacks coach Mike Viti and director of player development Ray Maples as players.

“It’s fun to watch them grow up, come back and say some of the same things that you had taught them years ago and from time to time even admit I was right every once a while,” Waugh said.

Waugh, who has coached slotbacks for the last six seasons under Monken, has high praise for the current group that includes Brandon Walters, Tyrell Robinson, AJ Howard, Braheam Murphy and Ay’Jaun Marshall.

“Competition is a beautiful thing,” Waugh said. “All of those guys can play. They can all do everything that’s required of the position and man, it is fun to watch them work every day. They are such hard workers and they get better every day by pushing each other.”

Waugh said Walters, going into his senior season, “is like a coach on the field.” He texted John Ivlow, Walters’ high school coach at Bolingbrook (Ill.) recently and raved about the slotback’s practice. “The other guys in our group follows what he (Walters) does,” Waugh said. “He’s a great leader for our group.”

Waugh said the best thing about Walters, “is his consistency. He shows up as a professional every single day and gets the most out of his ability. You can’t help as another players on this team to look at that guy and say, ‘I have a lot of respect for that guy. I want to be like that guy. I want to do what he does and work as hard as he does.'”

How does Robinson build off a sensational freshman season? “He’s really gotten better this offseason in the pass game as a receiver and running precise routes. He’s always been a good blocker but knowing who to block and to block them and the techniques we need to use in every certain situation, he’s improved drastically.”

Howard, “is doing a fantastic job, better than he’s ever done of understanding the whole offense and how he fits into the scheme of things,” Waugh said.

Waugh has coached 231 games as a West Point assistant. He also discussed Parkinson’s Disease Awareness Month. Waugh was diagnosed with the condition before the 2015 Army-Navy game.

“To be honest, it’s been a blessing of sorts to me as far as keeping my eye on the ball in life about what’s really important,” Waugh said. “Not that I didn’t do that before but it’s certainly an eye-opener for you.

“I tweeted this weekend about Parkinson’s Awareness month. I don’t feel like I need anything. I forget that there’s something wrong with me most of the time. But, I do feel like there’s people out there that can benefit from funds and the Michael J. Fox Foundation. I wanted people to be aware of the disease that is out there. The response is overwhelming.