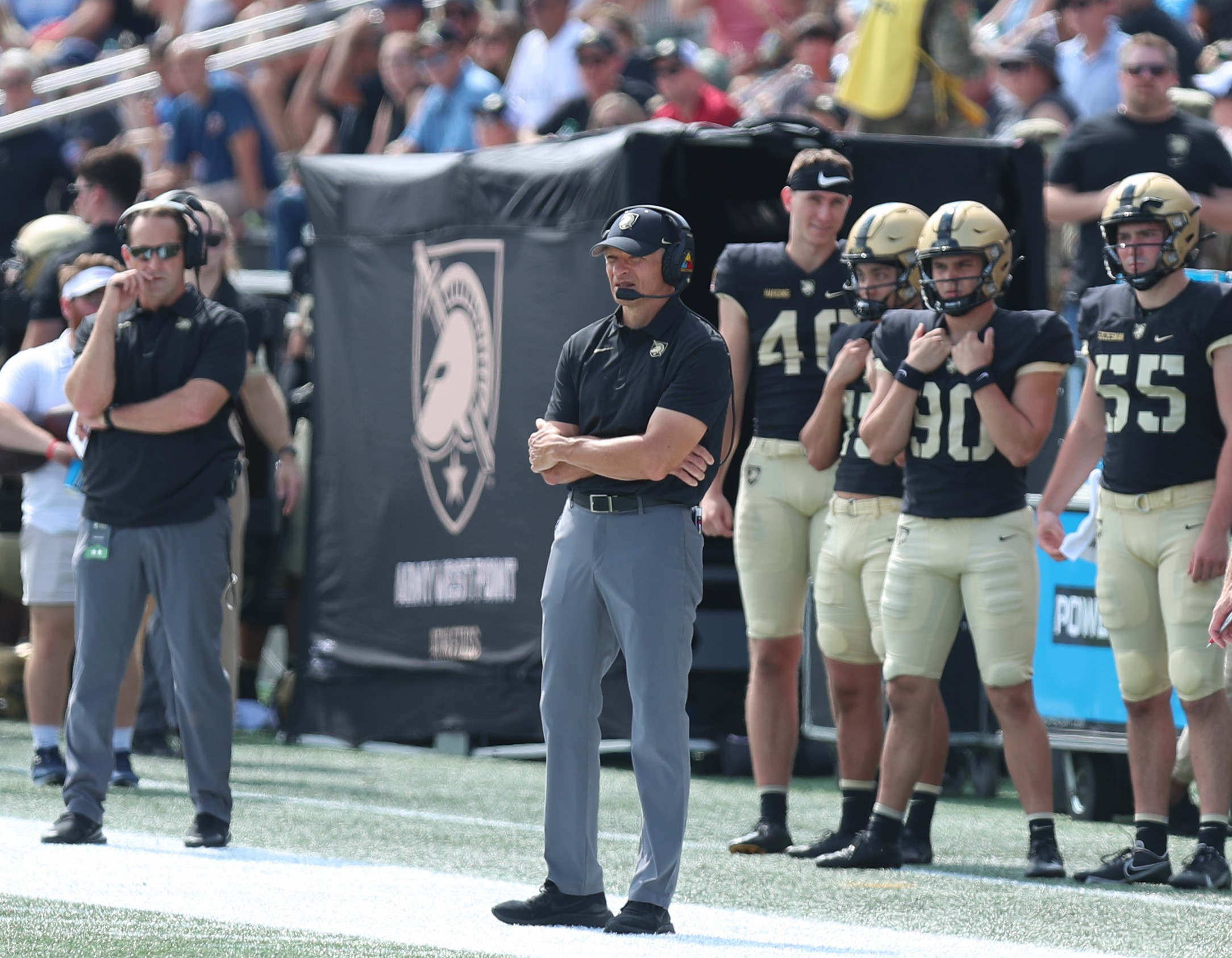 Quarterbacks Tyhier Tyler and Jabari Laws stood next to each other as Army’s alma mater played first at Camp Randall Stadium.

A sense of disappointment showed on Tyler’s face as coach Jeff Monken consoled him. There were no moral victories in a six-point loss to Wisconsin. Monken said his players, “fully intended and expected to win the game’ and not “just hoping to have a good showing.”

“Our guys were mad that we didn’t find a way and I think that’s positive and it speaks to the expectations that they have and the standard that’s set and the bar that’s been set in this program,” Monken said.

Monken said his player’s “feeling are hurt more than their bodies” after the physical game against the Badgers. Army must rebound and respond with another Power Five challenge on the horizon. For the first time since 2015 (Penn State and Duke), Army will play Power Five teams in back-to-back weeks.

No. 16 Wake Forest will present an equal or greater opponent as Army looks to extend its home winning streak to 14 games at noon Saturday.

“Seeing a packed crowd (at Michie Stadium) and the team that we are playing, everyone is excited and can’t wait,” Laws said.

Snapping a two-game winning streak is the utmost importance to the Black Knights with a bye week following before a Commander in Chief trophy battle against Air Force. Army has not defeated a ranked opponent since a 17-14 win over No. 19 Air Force on Nov. 4, 1972 at Michie Stadium.

“I think our guys are highly motivated to perform well and improve and that’s what we are going to try to do,” Monken said. “We are going to have to improve from last week if we are going to have any sort of a chance to beat Wake Forest. This is the top team in the ACC. They are very talented and very well coached so it’s going to take a tremendous effort on our part to be in the ball game with them. I think our guys are motivated to try to get better and improve and I see a difference just in the way that they will respond.”