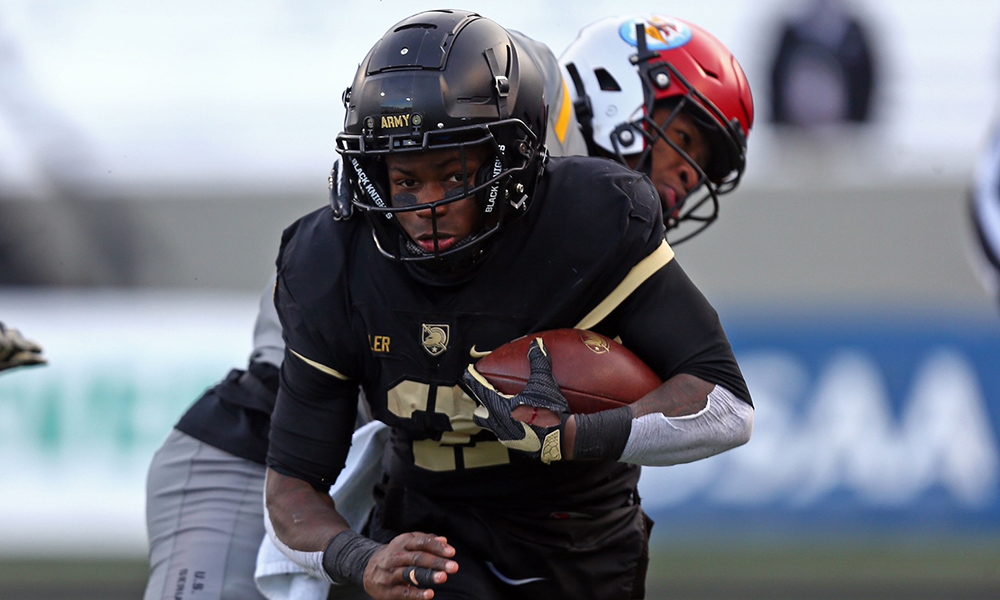 Hughes quoted Marc Cohn’s “Walking In Memphis” song and ended, “But, boy you’ve got a prayer in Memphis.”

Army players and coaches hoping to extend their 9-2 season got their wish when the Liberty Bowl offered the Black Knights a bid Monday. Memphis, “the birthplace of rock n’ roll,” will be the final destination and mission of an Army team that has exceeded expectations through a coronavirus pandemic.

Perhaps, the national support for Army after the Independence Bowl helped with landing in the Liberty Bowl.

“I think lot of people realized 9-2 team ought to be in bowl game,” Monken said. “It wouldn’t have been different if it was anybody else. We’re humbled that so many people thought enough of our team that they wanted to get behind us.”

Preparations for West Virginia, Army’s Liberty Bowl opponent nine days from now on Dec. 31, began with a practice Tuesday morning. Jeff Monken said that he will give his team some time off to enjoy Christmas.

“Our trainers wanted to go through every precaution to make sure that it wasn’t (a concussion),” Monken said. “It (the hit) stunned him. We do a thorough evaluation of each of our guys when there’s any thought that there might be a concussion. We’re overcautious. I’m overcautious. I tell our trainers don’t insert a game back into a game or in practice if we have any inkling that there’s a head or neck injury.

“We thoroughly evaluated him. He felt fine and was begging to go back in the game and out of precaution we held him. I’m glad we did and I’m even more glad to know that it wasn’t anything serious. The health and welfare of our players has to come first. It’s the most important thing to us. We are never going to put someone’s health and welfare in jeopardy for the opportunity to have success on a play or to try to win a game.”

“I love his competitive spirit,” Monken said. “That’s what makes him the player that he is.”

Army’s top four fullbacks are expected to be ready for the Liberty Bowl, Monken said. Sandon McCoy and Jakobi Buchanan were banged up against Air Force. Anthony Adkins and Cade Barnard missed the game.

Monken put the reported 50 players that missed Saturday’s game into some perspective, saying 25 or so or about half were out with season-ending injuries. The rest of players didn’t play due to COVID-19, contact tracing and normal knicks and injuries.

Monken said he was proud of junior quarterback Christian Anderson for his performance in relief of Tyler. Anderson was replaced as Army’s starter following loss to Tulane.

“He started the season as the No. 1 quarterback and then got hurt and came back in the Tulane game and didn’t have a great game in New Orleans,” Monken said. “I guess we essentially benched him and started a different quarterback. When Tyhier got hurt, he was ready and came in answered the ball and really did a great job leading our football team.”