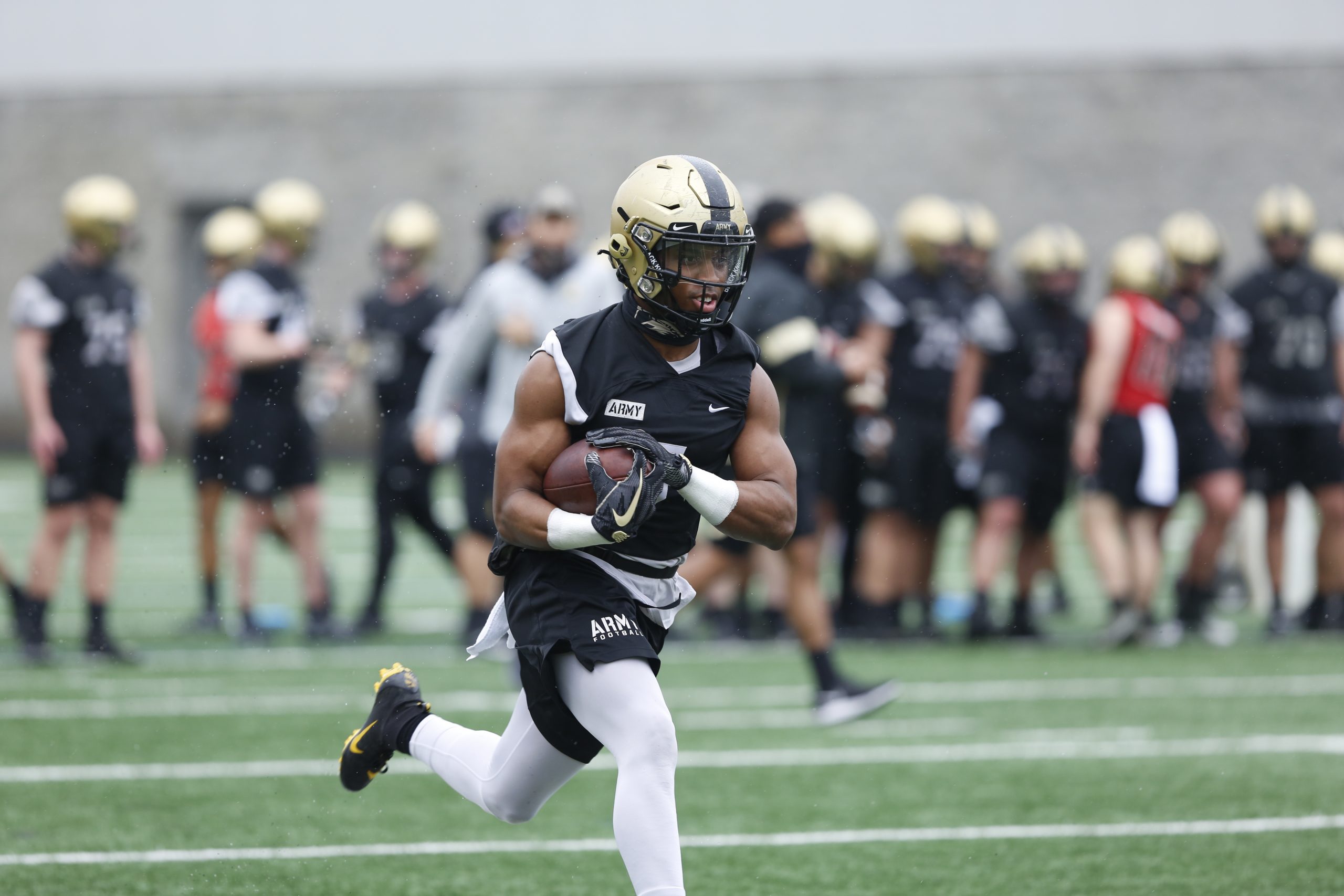 The decision was a conscious one.

Pushing back the start of Army spring practice two weeks or so later than normal was as much about Jeff Monken giving his players more time in the weight room as it was adjusting to the extended dead period of recruiting.

Videos of players’ max lifts showed not only the team’s offseason gains but also its camaraderie.

Quarterbacks coach Cody Worley may have said it best to Monken stating, “our guys just never seem to have a bad day in the weight room.”

The lifts are impressive – a 505-pound squat by defensive back Malkelm Morrison, a 325-pound power clean by freshman cornerback Daelan Smith or a 365-pound bench press by fullback Anthony Adkins.

“They are always energetic and fired up,” Monken said. “I think it’s the environment that is created by our strength coaches and then our players come in there with real excitement every day.”

“Coach Hughes is a really good teacher,” Monken said. “He’s got a great staff. They are right on the cutting edge of new things that are happening in the industry and developing our guys. Our players are excited to go in the weight room.

“I think this team and the culture of this program lends itself to us having good days in there. Our guys are excited about getting better and improving and they enjoy watching each other put up big numbers and perform and on those max days. There’s just great energy.”