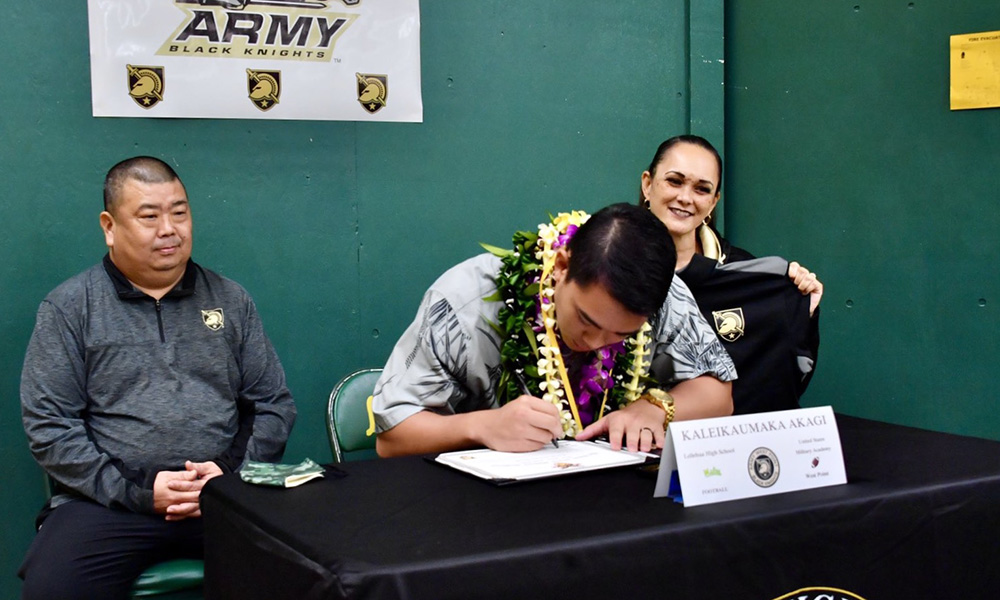 Leilehua’s Kalei Akagi signed his certificate of commitment Wednesday. Akagi, who played quarterback and wide receiver his junior season, is being recruited as a slotback. He caught 46 passes and threw four touchdown passes in 2019. Hawaii didn’t play football in the fall.

Navy offered Akagi first followed by Army. Akagi said he chose Army because of “the opportunities after I graduate from the academy and serve back my years and how my life will be.”

Agaki’s commitment gives Army players from 29 states in its 2021 class. His connection with recruiting coach Sean Saturnio, a native Hawaiian, played into his decision.

“Our relationship is as if we knew each other for my whole life,” Akagi said.

When is the last time that Army had three commits for the same school in an Army recruiting class? Josh Jackson, A.J. Mackey and Jarrett Mackey out of Brookville (Ga.) in 2008 comes to mind.

Signing Day may have passed two days ago but there was news still trickling down Friday afternoon.

North Forney (Texas) defensive lineman Roderick Brown announced he was decommitting from Army and signing with North Texas. Brown had decommitted from Air Force and signed his certificate of commitment to Army during the December signing period. Certificates of commitment are non-binding.