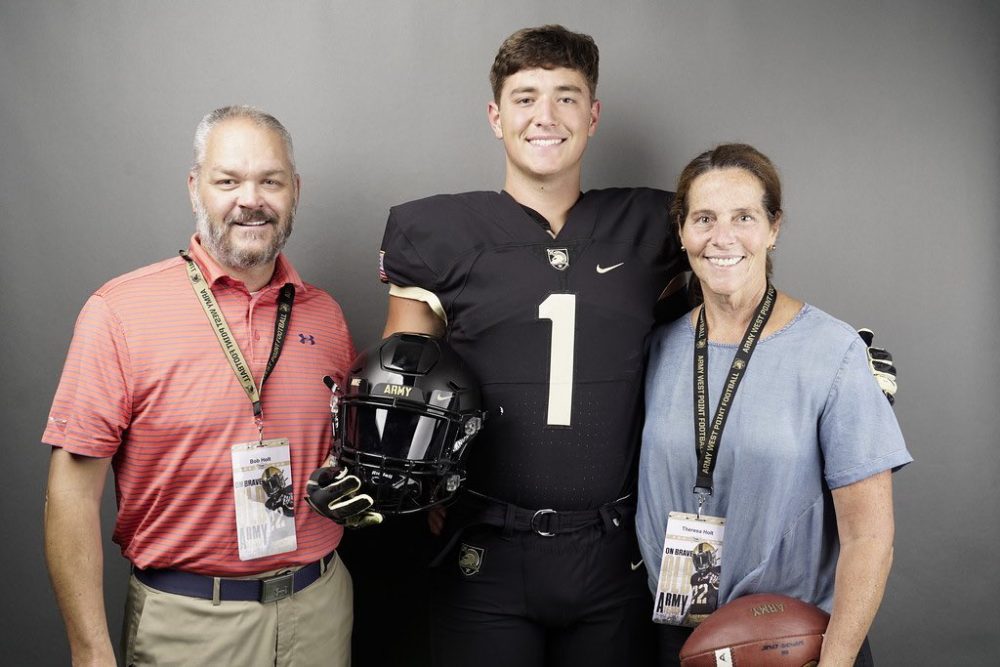 Holt had always taken interest in the service academies when Army assistant coach John Loose connected with him.

“I won’t lie at first I was a Navy fan but as I started to coach Loose, I began to really enjoy Army,” Holt said.

Army and Loose stayed in touch with Holt his junior year and through an injury (lacerated spleen) that caused him to miss part of the football season.

When COVID-19 restrictions were lifted on recruiting visits, Holt and his father took a trip to West Point in June. Coach Jeff Monken offered Holt during the visit. Holt would visit a second time with his mother in July. He and his family agreed that West Point was the right place for Holt to continue his athletics and academics. Holt committed to Army last week.

“I really like the coaching staff there and valued the relationship I had built while talking with coach Loose,” said Holt, a 6-foot-6, 240-pound defensive end and tight end. ” Life after football part was a big part because of how well it can set me up after my football career. But, also I could see myself at a campus like West Point and know that I could enjoy myself there.”

Holt’s father and grandfathers served in the military. Holt carries a 3.6 grade-point average. He is the fourth Pennsylvania commit of Army’s 2022 class.